Fresh off a successful summer of high-profile festival appearances, Gothenburg, Sweden-based rockers HARDCORE SUPERSTAR have headed back into the studio to put the finishing touches to the first single from their highly anticipated new album, “You Can’t Kill My Rock ‘N’ Roll”, that is scheduled for release in the spring of 2018.

“Have Mercy On Me” has been released to coincide with the band’s upcoming co-headline tour of Europe with FOZZY and this new single is bursting with the classic HARDCORE SUPERSTAR sound… loud, aggressive and hard hitting with big drums and an even bigger chorus. “Have Mercy On Me” is destined to quickly become both a fan favorite and a regular part of HARDCORE SUPERSTAR‘s explosive live show.

“Have Mercy On Me” is available on all digital platforms and as an exclusive, limited-edition twelve-inch vinyl single. The B-side on the vinyl single is “Next Please”, a demo from the writing sessions for “You Can’t Kill My Rock ‘N’ Roll”.

HARDCORE SUPERSTAR singer Joakim “Jocke” Berg told World Metal Domination this past summer that “the energy level” during the band’s live performances “is high because of the love for the music. I mean, sometimes we are tired like everybody else, but when you go up on that stage, something happens to your body,” he explained. “I remember several times when I have been so tired or had a little to much to drink the day before and almost had to beg someone to drag me up on stage. But when the intro is on, something happens to your body; it feels like somebody slapping you in your face, and then you all of a sudden get your strength back and you become Superman!” 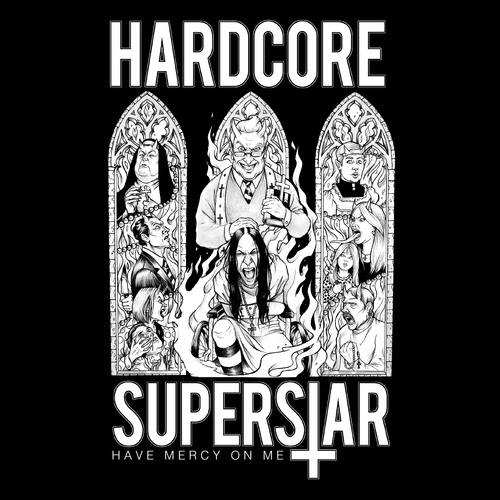