Swedish metallers ENTOMBED A.D. have returned with a new single, “Fit For A King”. The song is taken from the band’s forthcoming third album, which is currently in the works.

Last fall, vocalist Lars-Göran “LG” Petrov spoke to Finland’s Rauta about ENTOMBED‘s decision to release change its name to ENTOMBED A.D. in order to avoid a legal battle with ENTOMBED guitarist Alex Hellid who didn’t want his former bandmates to use the ENTOMBED moniker.

“[ENTOMBED and ENTOMBED A.D. are] the same thing — just some minor complications on the way,” he said. “But we are here and playing music and headbanging, and that’s the most important. But it’s the same. It’s the same.”

Petrov added that he and his bandmates “don’t think about” the slight alteration in the group’s name. “We just let it roll. As long as we are out, nobody can stop us.”

Asked what inspires him to make music and write lyrics these days, Petrov said: “It’s boring to sit at home. [Laughs] No, you can always be productive and be out on tour and have no sleep. But that all doesn’t matter when you come to the show and you see your brothers in metal. Then it’s all worth it.”

On the topic of ENTOMBED‘s musical evolution over the years, Petrov said: “As you go on in life, you experience new things, you wanna try out other things, and ENTOMBED has always tried to do that. Maybe more than for our own good sometimes, but now we’re just going straightforward and we just do it again — over and over again. And as long as you don’t get tired of it, you just continue. If you get tired of it, you should quit. You don’t do it because… If you don’t like it, step aside and let it roll.” 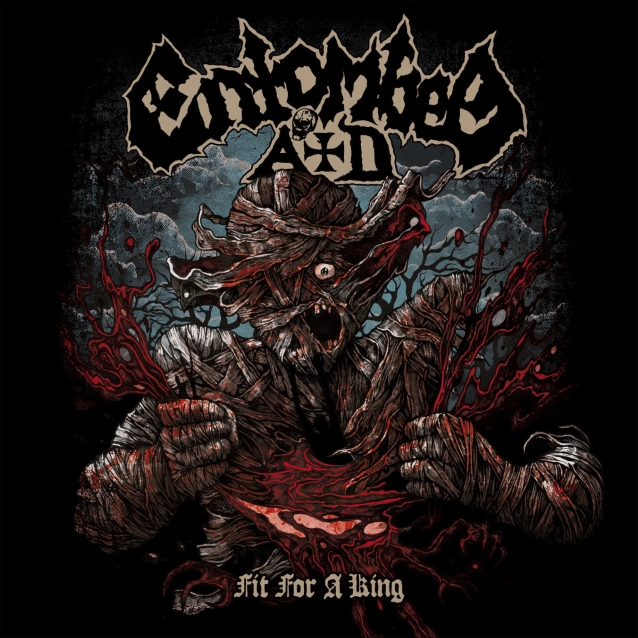