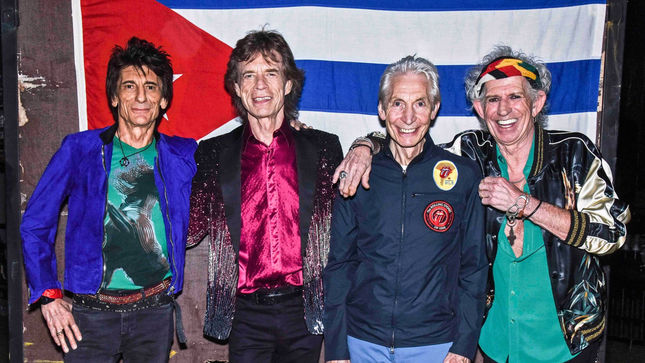 On November 11th, Eagle Rock Entertainment will release Havana Moon by The Rolling Stones on DVD+2CD, Blu-ray+2CD, DVD+3LP plus a special Deluxe Edition. Check out a teaser video below.

Good Friday – March 25th, 2016 – is a date that will go down in both Cuban and rock ‘n’ roll history. The Rolling Stones became the first rock band to play a massive free outdoor concert to hundreds of thousands in Havana. This historic concert was captured by award winning film director Paul Dugdale and the result is Havana Moon – The Rolling Stones Live In Cuba.

The British rockers’ free show attracted a million people in the country’s capital city in the same week as President Obama became the first US President to visit Cuba in 88 years. TV News Networks around the world reported that Obama was ‘the warm up act’ for the Rolling Stones. As the Stones took to the stage under a perfect Havana Moon in front of an ecstatic crowd everyone knew that this was a life changing cultural moment for a country on the brink of change. There was nothing that was going to come between the band and their eager fans including the Vatican in Rome who had objected to a big rock ‘n’ roll concert staged in Havana on a Good Friday.

Mick Jagger welcomed the massive crowd: “Finally the times are changing, Cuba we are so happy to be here”, and joked with his bandmates during the performance describing them as, “the revolutionary Ronnie Wood, drummer Charlie Che Watts, and compadre Keith Richards”. They played all the big hits including “Jumpin’ Jack Flash”, “It’s Only Rock ‘N’ Roll”, “Paint It Black”, “Honky Tonk Women”, “Start Me Up”, “Brown Sugar”, “You Can’t Always Get What You Want” and “(I Can’t Get No) Satisfaction” in the two hour plus performance all captured here on Havana Moon.

As a Cuban Stones fan said, “Wow never, ever, ever did I think we would see this happen. Tonight has been a dream come true for me”, while another said: “Simply fantastic – this is a moment I have been dreaming about for a really long time. I have just witnessed the most important concert in Cuba because this is The Rolling Stones.” 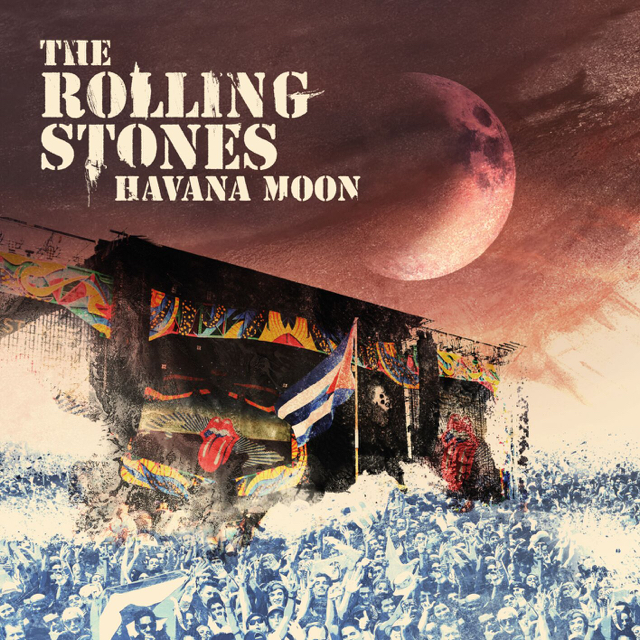