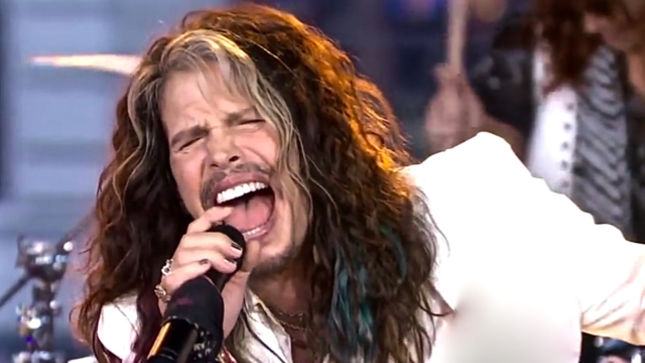 Aerosmith singer Steven Tyler is expected to testify in Hawaii today at a hearing on the anti-paparazzi bill that informally bears his name, reports The Telegraph Leader.

The bill, which has been christened the Steven Tyler Act, is the subject of a legislative hearing today in Honolulu. The Senate Judiciary Committee of the state will conduct the hearing and Tyler himself is expected to be in attendance.

A slew of celebrities including Britney Spears, Neil Diamond and Avril have also backed the bill, which could thwart the paparazzi’s disruptive antics against celebrities. A collective statement from these stars has been made public.

Read more at The Telegraph Leader.

Tyler will perform the Niagara Fallsview Casino on March 29th and March 31st.

He will join new country collection Loving Mary at the Avalon Ballroom and will perform new versions of Aerosmith classics like “Dream On” and “Janie’s Got A Gun”. Tickets are on sale at the Fallsview box office and Ticketmaster.

Tyler told ABC News Radio that he’s hoping to release his first solo album by “February or so” of 2016, and is planning to support it with a tour before heading out on an Aerosmith trek later in the year. As for just how “country” the material on the upcoming album will be, Tyler explains that the project is still taking shape, so he isn’t quite sure.

“I don’t even know who I’m producing it with,” he reports. “It’s gonna be what it is. There’s a couple of songs I’ve written and they’re like rock, and I said, ‘Oh, geez.’ And I’m not gonna put a banjo on it just to make it country… I don’t know what it’s gonna be, but my heart leans [towards] the country feeling and the vibe.”

Tyler tells ABC Radio that he hopes his album will inspire some rock fans to pay more attention to country.

“I think country music is the new rock ‘n’ roll,” he maintains. “I mean, you can listen to the lyrics, you can really get into it, just as you could get into “Stairway To Heaven”.”  He adds, “Country’s not just about porches, dogs and kicking my boots up. It’s a whole lot more, but it’s about being real. You know, the world’s gone so far away from that. I hope it comes back.”