On February 17, 2013, SOUNDGARDEN concluded a sold-out U.S. winter tour in support of “King Animal”, its first studio album in over sixteen years, with a special “Live From The Artists Den” taping at the Wiltern in Los Angeles. SOUNDGARDEN mixed new songs with classic radio hits and rarities performed live for the first time in front of a rapturous crowd. The concert has become the all-time most requested SOUNDGARDEN live show for an official release. The 29-song, nearly two-and-a-half-hour show encompasses the band’s rich musical legacy, spanning their early years with “Hunted Down”, through their monumental albums “Badmotorfinger” and “Superunknown”, respectively, with “Outshined” and “Black Hole Sun”, and to their final record, with nearly every song from “King Animal”, including “By Crooked Steps” and “Been Away Too Long”. “Live From The Artists Den” features 21 songs never before released on a SOUNDGARDEN concert film, including 17 making their first appearance on a live album, and highlighted by “Blind Dogs”, which the band performed on stage for the first time ever at the Wiltern show.

Six years following the original taping, Artists Den in partnership with UMe, will release a selection of products for “Soundgarden: Live From The Artists Den” on July 26. The limited-edition Super Deluxe box will feature the complete 29-song concert film in 5.1 surround sound and stereo on Blu-ray, and more than 30 minutes of bonus interviews with the band, in addition to four black 180-gram audiophile LPs, 2CDs, a 40-page photo book, four band member lithos, and replica artist all-access pass and ticket stub from the original show. Additional products scheduled for release include: 4LP 180-gram audiophile black vinyl, limited edition 4LP color vinyl (each disc will feature a unique combination of splattered colors), Blu-ray and 2CD.

An unboxing video for “Soundgarden: Live From The Artists Den” can be seen below.

Speaking about “Live From The Artists Den”, SOUNDGARDEN guitarist Kim Thayil said: “We were very proud and excited to document the performance of our new material from ‘King Animal’, and to celebrate with each other and our fans.”

On behalf of the Estate, Vicky Cornell said: “This live show was really special, and I know how much fun Chris had that night. The idea of giving fans the opportunity to experience it in its entirety is something I’m proud to share with them.” 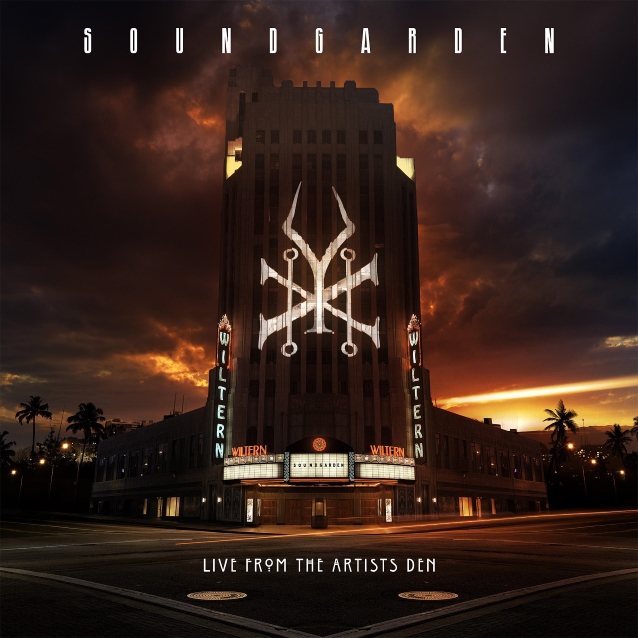 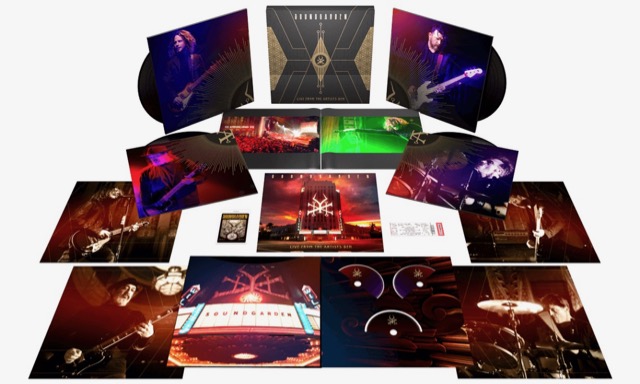 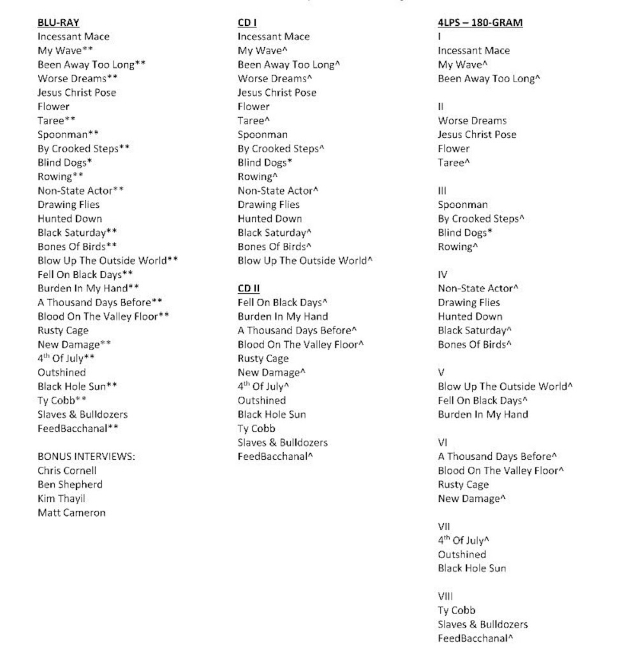