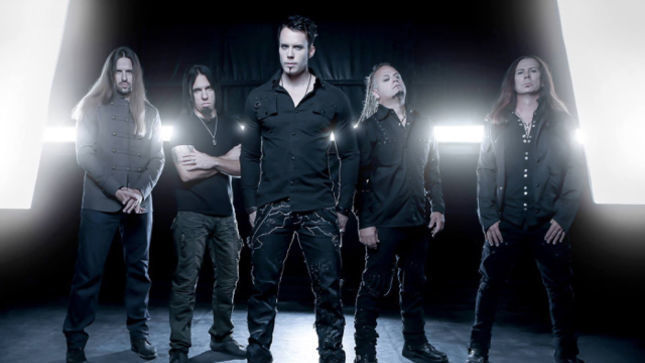 Kamelot wrapped up the second leg of their North American tour for the Haven album on December 12th at The Ritz in Tampa (Ybor City), FL. They have checked in with the following recap:

“Dear Fans North America!! We want to thank all of you for an amazing two tours on the Haven album. We had some of best concerts in history on these tours. We also want to thank the band and crew from Dragonforce for joining us on this cinematic extreme combo! Great guys and we will miss them. Thanks to our amazing crew Chris, Achim, Tommy, Beau, Linda and Jasio. Our awesome guest singer Kobra Paige! Our families for holding it down at home while we are away and sharing these nights with the KamNation. Thanks to all agents and promoters for bringing Kamelot to new cities. We now plan some shows for 2016, stay tuned!”

Fan-filmed video from their November 27th show at the Agora Theater in Cleveland, OH is available below. 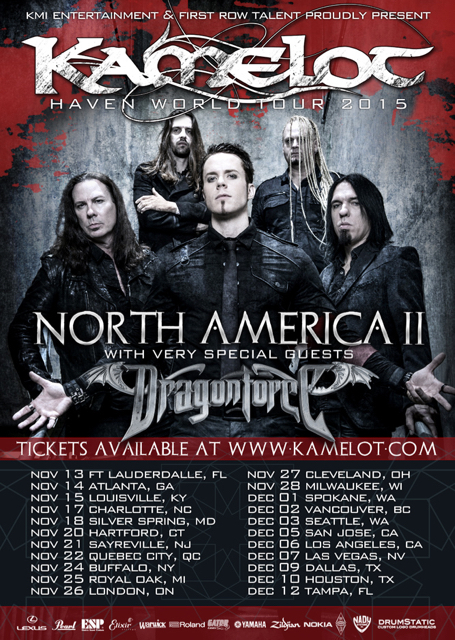 Kamelot guitarist Thomas Youngblood of Kamelot joined The Great Metal Debate podcast on November 15th prior to the band’s show in Louisville KY. In the clip below he talks about gearing up for the band’s month-long return to North American tour with support act Dragonforce, reflects on the most recent album, Haven, discusses guest musicians both live and on-record, as well as hinting at what’s coming up for Kamelot in the future.