Fan-filmed video footage of IN THIS MOMENT‘s entire June 18 performance at 7 Flags Event Center in Clive, Iowa can be seen below.

Just days after revealing that he suffered from acute arthritis in his neck and shoulders, IN THIS MOMENT guitarist Chris Howorth opened up about how his condition led to an addiction to opioids. Howorth has been dealing with the pain for the better part of a decade and in 2008 began to take painkillers after every show. He told Texas radio station KBAT: “I would take one to help me with the pain after the show, and, as everyone knows, one turns into two. I started taking them before the show because it would make me have a better show. That went on for probably about three years, and I think I did a lot of overreaching and overdoing it and I was masking what was going on. I’ve been clean now for about two years.”

Howorth added: “Every time we’d go on tour, I’d have to figure out a way to find enough pills to do the tour. It’s a horrible way to live. It’s a bummer that I did so much damage over the years and it caught up with me in this way and affected my band and our career a little bit. It’s just a lesson, you know?”

In the interview, Howorth cited the dependence of people around the country on opioids and even the death of Prince as reasons for why he wanted to go public with the story of his own addiction.

Despite his arthritis diagnosis, Howorth said last week that he was “determined to continue writing and performing with my band.”

Howorth co-founded IN THIS MOMENT with singer Maria Brink over a decade ago. The pair remain the band’s only original members.

The band’s North American tour kicked off on Friday (June 17) in Sioux City, Iowa. IN THIS MOMENT will also be special guests later this summer on KORN and ROB ZOMBIE‘s co-headlining trek. 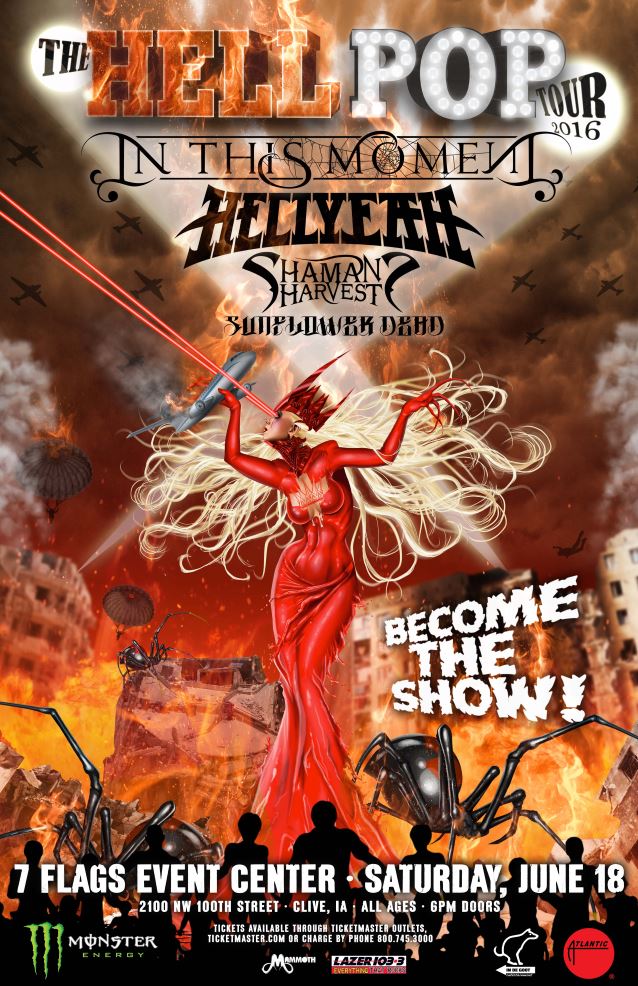