Swedish death metallers UNLEASHED will release their twelfth full-length album, “Dawn Of The Nine”, on April 24 via Nuclear Blast. The cover artwork was created by Pär Olofsson (IMMORTAL, DEMONAZ, EXODUS) and can be seen below.

UNLEASHED‘s follow-up to 2012’s “Odalheim” was once again produced by the band’s guitarist, Fredrik Folkare, at his Chrome Studios in Stockholm.

The third track-by-track breakdown video for “Dawn Of The Nine” can be seen below.

“The Land Of The Thousand Lakes”:

Johnny: “The quest continues across the Baltic Sea, into the land of the thousand lakes. It is time to rest and breath, and to reflect on our past and what lies ahead. It is also a time to hold a Blot for our dead ones.”

Johnny: “At the Blot there is also a time for celebration and membership initiation of elite warriors. Swearing ‘the nine’ on the Hammer is an essential part of the blot for a new member in a Hammer Battalion. ‘The nine’ represents the skills a warrior must have in order to be successful in the new dawn, the world of Odalheim.”

“Welcome The Son Of Thor!”:

Johnny: “Onward through lake Mälaren, the Midgard warriors and their many ships, now return to the shores of our Folklands. Victoriously celebrating their freedom from the fascist Christ. At the very least, Svithiod has now been temporarily liberated. With White Christ still at large, the battle is far from over, but hope has finally come to these forsaken lands. The son of Thor (by some, called the Bolt Thrower) is now the high commander of the Midgard Warriors. Our time has come, a new day has risen. A new age is born. Welcome the son of Thor!”

Johnny: “The Battalions of the World now embark on a quest to hunt down White Christ and to challenge him personally. Needless to say, he must face the atrocities he is responsible for. But just like any other coward, it seems that he has fled to higher ground. The Hammer Battalions are ready, waiting eagerly…… Where is your god now?”

Johnny: “The Midgard Warriors and their elite forces (the Hammer Battalions) are being led by the new avenger of Odalheim. Just like his father before him, he is known by many names. His warriors call him The Bolt Thrower.”

Johnny: “As the battle rages and Christ is nowhere to be found, no mercy is given to the women slayers of White Christ. Vengeance is taken for their deeds in the battle at Uppsala fields. Victorious and courageous, the Midgard Warriors now move their forces further up north.”

“Where Churches Once Burned”:

Johnny: “The Midgard Warriors now march across the northern lands to take back the land of our fathers, village by village, land by land. Churches are burned. And the Hammer of Thor is reinstated.”

Johnny: “After the great battle of Odalheim (last song on the previous album), the storyline from the book of the world of Odalheim now continues. The great war is coming to an end. The ‘third power’ that entered the scene, forced both sides to retreat with tremendous losses. The only hope now is the avenger of Odalheim and the warriors of Midgard are convinced that their time will come.”

Johnny: “In the aftermath of the great war, many of the soldiers for White Christ saw no future in returning to their leader. Surrendering to the Hammer battalions, knowing that they would get shot down on sight seemed like a better idea. They came to die.”

Johnny: “As time passed, the Midgard Warriors prepared for life in this new situation. A time to heal and prepare for what is about to come. With the wisdom from their past and their current strength and determination, the time has come to rise and defend what is rightfully ours. The Althing initiated a campaign to hunt down all that is left of White Christ’s rule in Svithiod and to reinstate the Hammer and the Rule of Thor.”

The first single from “Dawn Of The Nine”, “Where Is Your God Now?”, was released digitally on February 27.

“Dawn Of The Nine” track listing:

Says Johnny Hedlund: “The artwork represents the continuation of our previous album, which ended with ‘The Great Battle Of Odalheim’. The battle took place at Uppsala fields in Sweden, and you can clearly see the ‘kings graves’ at the cover artwork, which is present at Uppsala also in the future. You can also see the bombed out church in the far distance. Then, of course, you see the place of Blot in the front and the rune stone with the runic symbol of courage of the new dawn.” 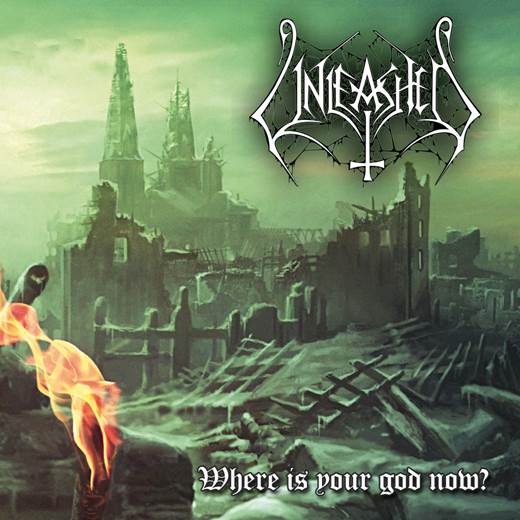 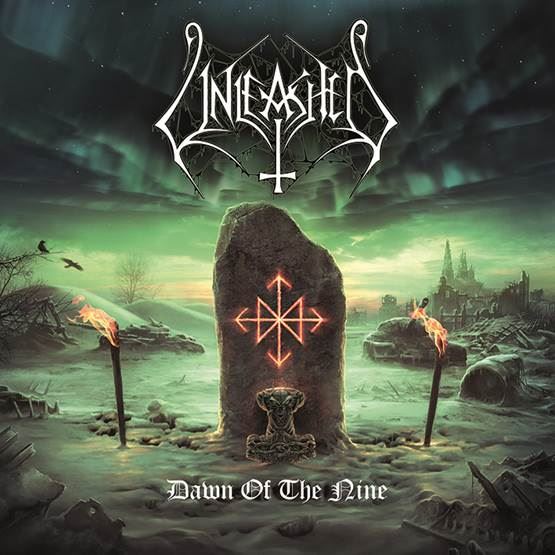