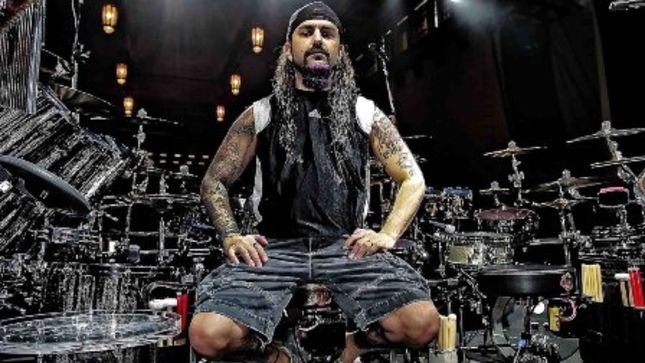 ProgPower USA 2017 will take place in Atlanta, GA on September 8th and 9th. Drum legend Mike Portnoy (The Winery Dogs, Flying Colors, ex-Dream Theater) will headline the event under the moniker Mike Portnoy’s Shattered Fortress, playing his “12 Step Suite”. The music documents the musician’s battle with alcoholism, and is an ensemble of five songs recorded by Dream Theater from 2002 to 2009, with titles that reflect his struggles: “The Glass Prison”, “This Dying Soul”, “The Root Of All Evil”, “Repentance” and “The Shattered Fortress”.

Portnoy has checked in with the following update:

“Very excited to see all of the great feedback upon the announcement of my Shattered Fortress appearance at Prog Power 2017! To answer a few questions I’ve been seeing:

• This is not ‘a new band or project’, it is ‘an event’ that will be making several select live appearances in select markets throughout 2017.

• The lineup of musicians joining me for these shows will not be announced prior to our live debut at my 50th Birthday Concert on Cruise To The Edge…
I want that to remain a surprise until our unveiling.

• The setlist at these shows will be comprised of the 12 Step Suite and (time permitting at certain shows) other Dream Theater songs that I’ve written the lyrics to.

Keep in mind, I have no plans (or interest) in revisiting DT material in any of my other “real” bands. This is not an ongoing project or career move, this is merely a unique event that I am doing in select markets in 2017 to share with fans around the world…so catch it while you can!”

The ProgPower 2017 line-up is as follows:

Prog-rock fans are in for a treat on this February’s Cruise To The Edge music vacation: iconic drummer and former member of Dream Theater, Mike Portnoy will – for the first time ever – perform the band’s “12 Step Suite” in its entirety on the cruise. 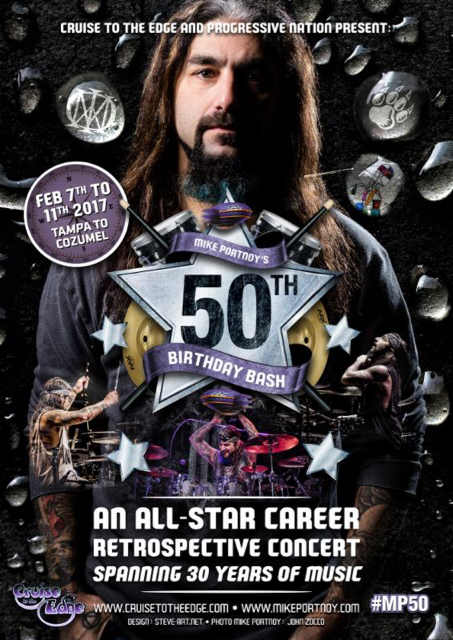 Portnoy, who is also celebrating his 50th birthday on Cruise To The Edge with an all-star career retrospective concert, says: “When I came up with the idea of writing a multi-part suite that spanned 5 DT albums, (which ended up taking 8 years to complete), it was always part of my master plan to perform it in its entirely, live on stage. Unfortunately, after completing the final piece of my conceptual puzzle, I was never able to perform this creation with Dream Theater. Now I’ve decided that I owe it to the fans to finally bring my “12 Step Suite” to life on stage as I always had dreamed. Cruise To The Edge passengers will be the first to ever see this performed live! Joining me for this very special performance will be some great friends and amazing musicians, (yes, it’s a surprise,) that I know will kick ass in helping me with my unfinished business of bringing this piece of music to life on stage!”

Sailing out of Tampa, FL February 7th, 2017, Cruise To The Edge hits Cozumel, Mexico with a who’s-who of prog-rock prodigies. Headliners YES, Kansas, Steve Hackett and John Wetton join Portnoy on the deluxe music vacation package. Over a dozen other bands are slated to perform.

Beyond the once-in-a-lifetime intimate music experiences with iconic artists, the guests will get to partake in a wide array of activities. Beyond the sun, fun and exquisite dining, there will be Artist/Cruiser Photo Experience, Q&A Sessions, Late-Night Surprise Performances and more. This year will also feature the unprecedented CTTE Late Night Live, where fans can sign up to showcase their own musical talents in four different performance scenarios: Late Night Live Pro Jam, where you could be invited to play with a with a headline act; Artist’s Choice, featuring fans and Prog legends performing together; The Main Event, where it’s your choice to shine with fellow Late Night Live musicians and Overtime Jam, where a song of your choosing could be featured in a late-night jam.

Cabins are still available aboard the full-charter cruise starting at $999 per person (double occupancy). Children 11 and under at the time of sailing are free when sharing a cabin with 2 full fare paying adults. Government fees, taxes, and gratuities are mandatory for all passengers regardless of age. For booking and more info, visit CruiseToTheEdge.com.