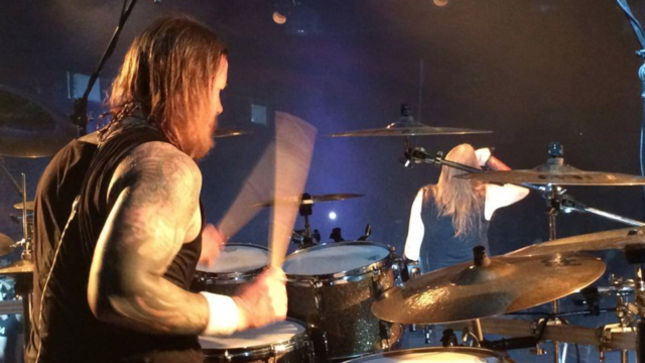 A message from the band states: “Amon Amarth and drummer Fredrik Andersson have decided to part ways after 17 years. Fredrik has been an important part of Amon Amarth’s development since he joined the band in 1998 and we wish him all the best for the future. We are currently in the process of writing the new album, but at the moment there is no replacement for him.”

A message from Fredrik Andersson reads as follows: “I am no longer the drummer in Amon Amarth. We have decided to part ways and I wish them all the best in the future.
I will not answer any questions about why or how simply because it’s private. I’m finalizing the last details with the new This Ending CD, and we will look into releasing that somehow during this year, stay tuned. I will also evaluate any future opportunities.

I want to thank everyone that I’ve met, both fans and business related through Amon Amarth, it’s been my pleasure. It’s been a long sweet ride but now it’s time for something new.”

Stay tuned for updates on who Amon Amarth will find to replace Fredrik.

On January 28th, Amon Amarth performed at Stylus in Leeds, England. Footage captured with a two camera mix can be veiwed below: