Former ACCEPT and current U.D.O. singer Udo Dirkschneider will embark on a North American tour in January 2017 during which he will perform ACCEPT songs one last time before he closes the chapter for good.

“Back To The Roots – Farewell To Accept” U.S./Canada tour dates:

Asked about his decision to perform classic songs from ACCEPT for the last time under the DIRKSCHNEIDER banner, Udo told rock journalist Mitch Lafon: “A lot of people ask me, ‘Why do you do this?’ And I said… Always people are asking, ‘Oh, can you play this ACCEPT song and this ACCEPT song and this ACCEPT song?’ I mean, I have fifteen U.D.O. albums out, and, for me now, U.D.O. is U.D.O. Of course, I know that the people like to hear ACCEPT songs with my voice, but I wanna close something — I wanna close, like a book, and say, ‘Okay, that’s it. I read it.’ Sometimes you have to come to an end with something. I wanna close up everything with ACCEPT. And this will be the last time. And I said, okay, I’ll do one more tour. It will be a world tour. And yeah, that will be the last time that you… When we are on tour with U.D.O., we’ll never play any ACCEPT songs again.”

He continued: “I also wanna stop to be compared with… Now ACCEPT is still on tour, and they have a new singer, and they are doing also ‘Balls To The Wall’ and they are doing also ‘Metal Heart’, they do ‘Princess Of The Dawn’. And I don’t wanna be always compared and have to say, ‘What do you think about this and this and this?’ This is also another reason. I wanna close the ACCEPT chapter. I mean, it was a great… I mean, in a way, I was creating this band, you know. Sometimes you have to say, ‘Okay, that’s it.’ I have enough U.D.O. songs, so I can play more U.D.O. songs and be U.D.O. I can say without being arrogant, U.D.O. has its own fan base now. Sometimes you have to say, ‘Okay, that’s it.'”

To those fans that still want to experience the classic ACCEPT songs performed live, Udo has this message: “There is a band called ACCEPT. And please, if you wanna hear these songs, please go then to [see] ACCEPT. [Laughs] So that’s the only thing I can say. Now you’ll have the chance [this] year to hear it with the original voice, but Mark [Tornillo, current ACCEPT singer] is doing a — I would say — really good job on it, so please go there and listen then to ACCEPT and U.D.O. is then U.D.O.”

Regarding what makes the classic ACCEPT songs so special, Udo said: “I don’t know what is special. You never can tell it, really. Like [DEEP PURPLE‘s] ‘Smoke On The Water’, in a way, something like this. Sometimes there’s a song that, in a way, that stays forever.”

The April 2 DIRKSCHNEIDER concert at Kaminwerk in Memmingen, Germany was professionally filmed and recorded for a DVD and CD release later this year. 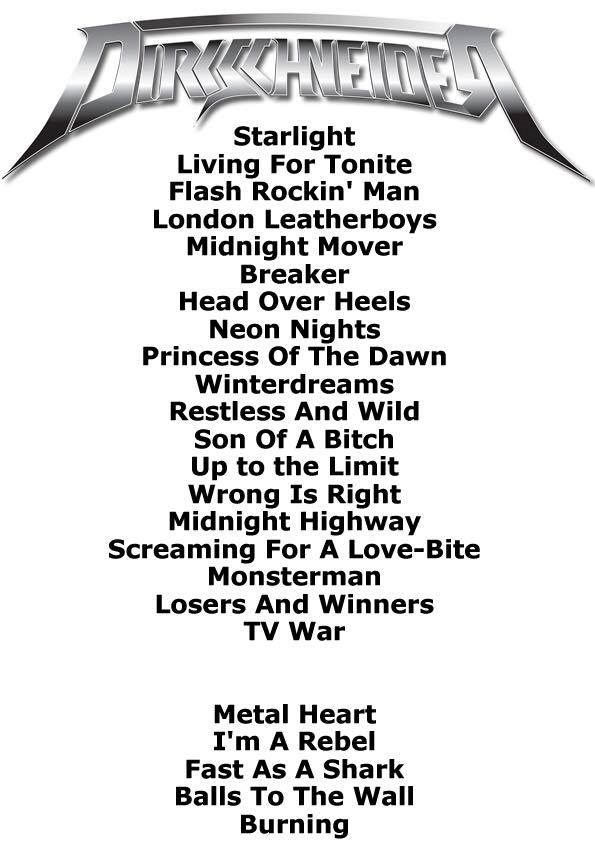 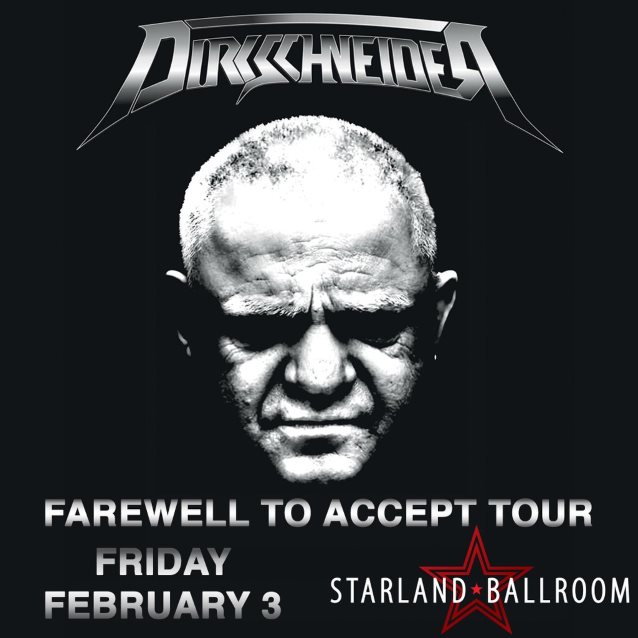