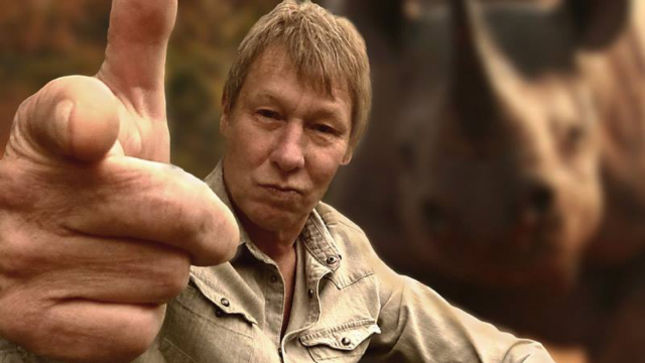 In a rare break from his day job as the bass player with Status Quo, John ‘Rhino’ Edwards released his second solo album, Rhino’s Revenge II, on October 23rd. The first video has been launched today, along with news of a UK tour in February (check out dates here). The single for “Black Widows” is due out December 18th and is described as a socio-political tale about Chechen suicide bombers and contains the prophetic line “what’s over there is coming over here.”

Rhino’s Revenge lI was recorded in ’11 days of pure magic’ at The Chapel studios near Louth in Lincolnshire – “We went flat out, so we didn’t have time to get precious about anything,” – with his sons Max on drums and Freddie on guitar, and multi-instrumentalist Matthew Starritt. Rhino’s daughter, Mae, also contributed backing vocals to the album, produced by Mike Paxman Judie Tzuke, Uriah Heep, Asia, Status Quo).

Rhino’s Revenge II is an aural treat, with no calculated image or reliance on nostalgia: instead Rhino and the band have created an atmosphere based around strong material and succeed in immersing listeners into the ambiance they have made. The album is the perfect manifestation of John ‘Rhino’ Edwards’ immutable wit, sadness, quiet anger and charm.

The cathartic “Tomorrow Is Today”, which opens Rhino’s Revenge II, was written about giving up drugs. A brace of keenly observed songs about the vacuous aspects of modern life follow – “Famous” is a damning indictment “about people who think that that’s all there really is to life”, while “New New New” lambasts our obsession with consumerism.

Rhino’s articulate and wickedly humorous lyrics permeate throughout the album on the ironic “All The Girls Love A Bastard”, along with powerful rockers like “Secretary” and “Cougar” and the whimsical ode to man’s best friend Stan. While “One Note Blues” creates a “new dance craze.”

This quintessentially English album closes with the powerful pairing of “Black Widows” and “Take ‘Em Down”. The socio-political “Black Widows” about Chechen suicide bombers contains the prophetic line “what’s over there is coming over here” and the bass driven “Take ‘Em Down”, is a very serious song with B-movie overtones.

There’s something indefinable but very special about Rhino’s Revenge II that makes it irresistible. Rhino Edwards, a confessed musicoholic, has created a truly honest album which ‘kicks like a mule’, a rare commodity in today’s world. 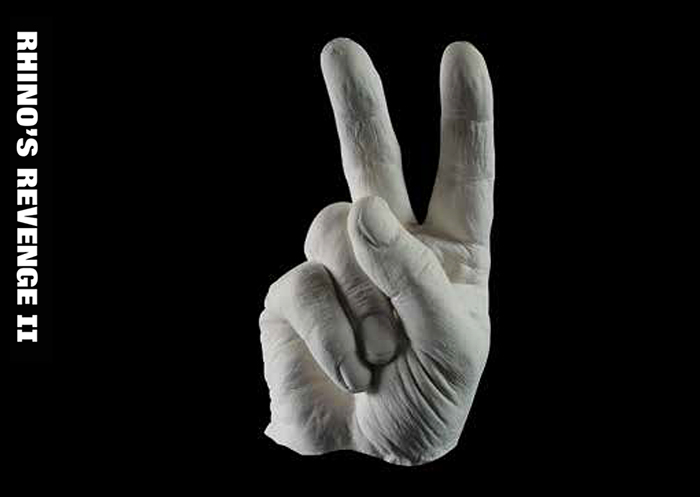 Rhino’s Revenge will be playing their own shows around the release of the album and also supporting Hayseed Dixie on five of their tour dates this October. A headline UK and European Tour, with support from Eddie & The Hot Rods, among others, will follow in February, 2016.