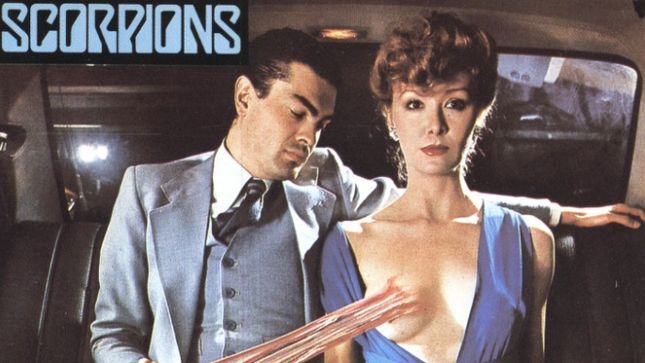 German rockers Scorpions have released 50th Anniversary Deluxe Editions of their seminal albums Blackout, Love At First Sting, Animal Magnetism, Lovedrive, Savage Amusement, Taken By Force, Tokyo Tapes and World Wide Live. Complete with the legendary Storm Thorgerson-created cover, Lovedrive was the band’s sixth album from 1979 and is regarded as one of their top achievements, with stand-out tracks such as “Loving You Sunday Morning”, “Another Piece of Meat”, “Coast to Coast” and “Holiday”. Check out a reissue Album Player below.

In addition to unheard studio tracks and live recordings, the CD releases are equipped with extended booklets featuring rare photos and, single covers, backstage passes and additional liner notes by Edgar Klüsener, a former editor-in-chief of Metal Hammer who has followed the band‘s career closely over several decades. The albums are accompanied with a DVD that contains live concert footage from the respective period, together with TV-performances and in-depth interviews with the band. In these interviews they talk about the background history and the creative process of the respective albums.

Check out Blackout, Love At First Sting and Taken By Force, Savage Amusement Album Players below:

A trailer in support of the releases can be seen below:

The new fully authorized Scorpions documentary, Forever And A Day, is wrapping up its theatrical run and will come to DVD, Blu-ray, and digital platforms on November 27th (in German with English subtitles). The movie takes a look at the German hard-rock legends’ long career, while focusing on the band’s Final Sting trek, which initially was intended to be a farewell tour.

As the film shows, during the 2011-2012 tour, the band members were so energized by the response from fans that they decided to scrap their retirement plans. Founding Scorpions guitarist Rudolf Schenker says that if you watch Forever And A Day, you can see the veteran rockers come to the realization that they weren’t ready to call it quits.

Schenker explains, “Seeing all these old fans, the new fans coming, everything was sold out, and getting told by the fans what the music means for them, then we more and more”, understood that the time wasn’t right for the band to retire. 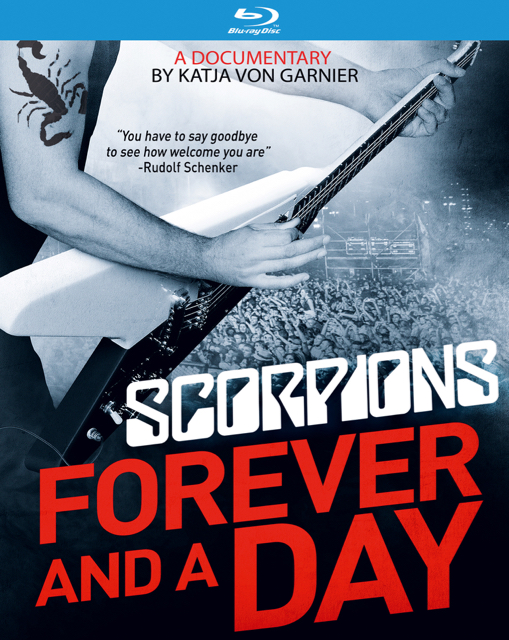 Among the interesting career highlights covered in the movie is the Scorpions’ historic 1991 visit to the Kremlin in Moscow to meet Mikhail Gorbachev. The band presented the then-Soviet president with a gold record for its hit ballad “Wind Of Change”, which celebrated the end of the Cold War.

Describing “Wind Of Change” as “the soundtrack of the most peaceful revolution on Earth,” Schenker says The Scorpions’ visit with Gorbachev was “something very special” since they were the first, and possibly the only, Western band ever invited to the Kremlin. He adds that The Scorpions are still friendly with Gorbachev, who makes an appearance in Forever And A Day commenting about the group and the impact of “Wind Of Change”.

The Scorpions recently wrapped up the 2015 US leg of its 50th anniversary tour, which also is in support of their latest studio album, Return To Forever. With regard to the band’s future, longtime Scorpions guitarist Matthias Jabs says, “It doesn’t look like the end is near. You know, we keep ourselves open now. We tried the farewell tour, and we [called] it afterwards the ‘went well’ tour.”

The Scorpions will finish the year with a series of European dates in November and December, with more to come in February and March of 2016, including a run of shows in their homeland. Jabs says the band also plans to play more US shows in May, and may visit South America and China as well. Check here for the group’s confirmed itinerary.