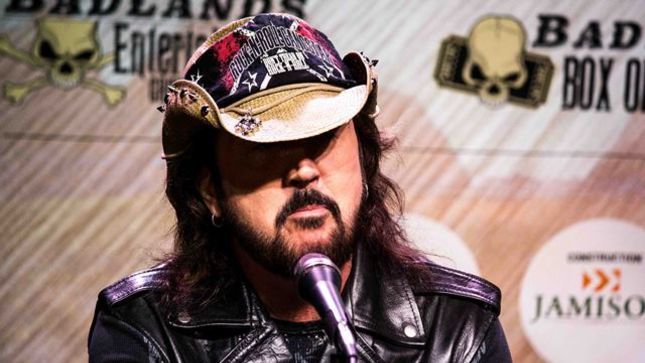 The Pennsylvania Coin Operated Gaming Hall of Fame and Museum has announced that legendary hard rock vocalist Ron Keel will appear and perform at our VIP Grand Opening on Saturday, May 23rd. Keel, best known as the vocalist of Keel and Steeler, will be appearing as his lone East Coast appearance of the year. Keel recently signed on as the face of Badlands Pawn, a multi-entertainment complex featuring television, radio and live performance in Sioux Falls, South Dakota. Additionally, Keel released his first solo release, Metal Cowboy in 2014, as well as his first autobiography, Even Keel: Life On The Streets Of Rock N’ Roll.

Keel’s hits included “The Right To Rock”, “Speed Demon” (which was featured in the movie Men In Black II), “Tears Of Fire”, “Because The Night”, “Somebody’s Waiting” and “I Said The Wrong Thing To The Right Girl”. 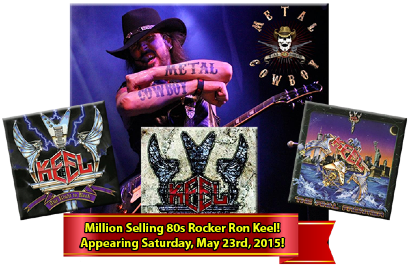 In addition to a musical performance by Keel, he will be taking pictures with fans as well as mingling with visitors and challenging them to video games. Keel is a self-professed Pacman junkie who states that his bands played video games for hours when they were recording their biggest hits.

The VIP Grand Opening on Saturday, May 23rd will also feature a catered lunch prepared by Smokin’ Rock N’ Roll, the brand new smoked meat and catering service owned and operated by former Warrant and Quiet Riot guitarist Billy Morris. Morris will be on hand preparing the meals, and will almost certainly find his way to the stage to perform many of the great songs he performed with the multi-platinum band Warrant.

The Pennsylvania Coin Operated Gaming Hall of Fame and Museum is a video game and pinball museum based at 2284 Brodhead Road, Suite 10B, Hopewell Township, Pennsylvania, 15001. It is located roughly 15 minutes outside of Pittsburgh. The museum features a limited tour detailing the history and impact of video game and pinball , as well as over 350 standup arcade games and pinball machines dating as far back as the 1940s to modern day. The machines are available for play so that visitors can experience the full arcade experience from gaming’s glory days in the late ’70s and ’80s.

VIP Passes are available for $50, which includes All Day Access to The Pennsylvania Coin Operated Gaming Hall Of Fame And Museum on Saturday, May 23rd, a catered lunch provided by Smokin’ Rock N’ Roll, a performance by Ron Keel, and your opportunity to win a multicade 50-in-1 Arcade Game. There will only be 200 tickets available for this event, so buy them now and reserve your spot before this event sells out.

For more information on this appearance and to purchase tickets to this event, visit Coinophof.com.