The final trailer for “The Violent Sleep Of Reason”, the new album from Swedish extreme tech-metal pioneers MESHUGGAH, is available below. The CD, which will be released on October 7 via Nuclear Blast, was inspired by a Goya painting called “The Sleep Of Reason Produces Monsters”.

MEHUGGAH drummer Tomas Haake comments: “Looking back at the albums, the music and songs that we grew up with that we really loved in metal were always recorded live and they have that live vibe to it.

“There is certain energy that comes with recording live compared to recording drums first and fixing whatever need to be fixed so it sounds perfect then recording guitars on top of that. There is nothing wrong in doing it like that, but we felt like we wanted to take a step back towards how we were doing things in the early ’90s and kind of go a little old school in that sense. We wanted the challenge that comes with that.”

Haake told Metal Hammer that MESHUGGAH recorded “The Violent Sleep Of Reason” live in the studio — marking the first time they have done that “in 20-25 years.” He said: “It was time limitations that stopped us doing it before. And it’s been interesting.

“If you put it all together using computers, then you often have to fix problems after the fact. I’ve gone back to records where I’ve not known every drum part. And once you do that, you can start with drums and then just add layers of guitars and then bass and it all sounds perfect.

“‘Obzen’ and ‘Koloss’ are great albums, but, to me, they are a little too perfect. It didn’t really capture what we sounded like honestly. But where we recorded live, you get to hear the push and pull, one person might be a little ahead and the other might be a little behind. If you kill that, you can kill the energy.”

He added: “So for us it was just about going back to those albums that inspired us when we were growing up, that were important to us in our formative years, and all of those bands had that energy. The albums in the ’80s and early ’90s had the rawness that I’m talking about — that’s what we wanted to recapture.”

“The Violent Sleep Of Reason” was produced by the band and was engineered by Tue Madsen of Puk Studios in Kaerby, Denmark.

For “The Violent Sleep Of Reason” cover, MESHUGGAH once again enlisted Keerych Luminokaya who created the artwork for “Koloss” and “The Ophidian Trek” as well as the new images for each of the seven albums and three EPs featured in the “25 Years Of Musical Deviance” box set. 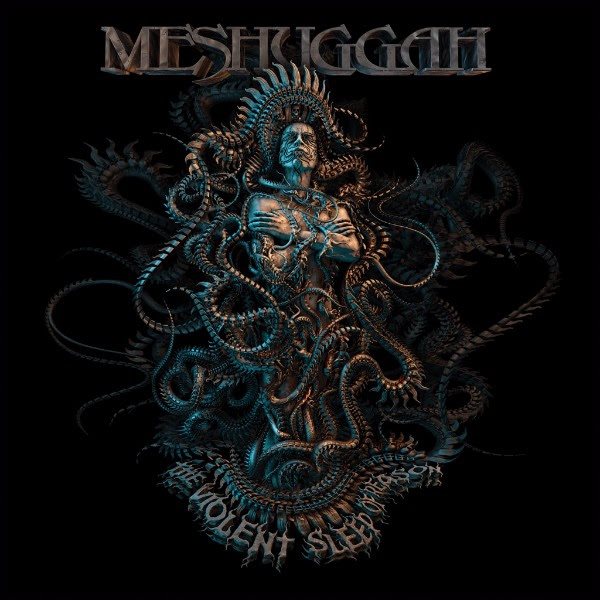