Swedish extreme tech-metal pioneers MESHUGGAH will perform a handful of special U.S. headlining dates this spring to add to the four U.S. festivals previously announced. Leading up to the trek, the band will make appearances in South America and Mexico before kicking off their U.S. dates on May 5 in Jacksonville, Florida. The tour, presented by The Noise, will also bring THE BLACK DAHLIA MURDER as special guests for the headlining shows.

Tickets for the headlining shows will be available for purchase on Friday, January 25 at 10 a.m. local time.

Last year, MESHUGGAH drummer Tomas Haake said that fans shouldn’t expect to see a new studio album from the band before “2020 at the earliest.”

The Swedish group’s last disc, “The Violent Sleep Of Reason”, came out in 2016 and resulted in a “Best Metal Performance” Grammy nomination for the song “Clockworks”.

“The Violent Sleep Of Reason” was produced by the band and was engineered by Tue Madsen of Puk Studios in Kaerby, Denmark. 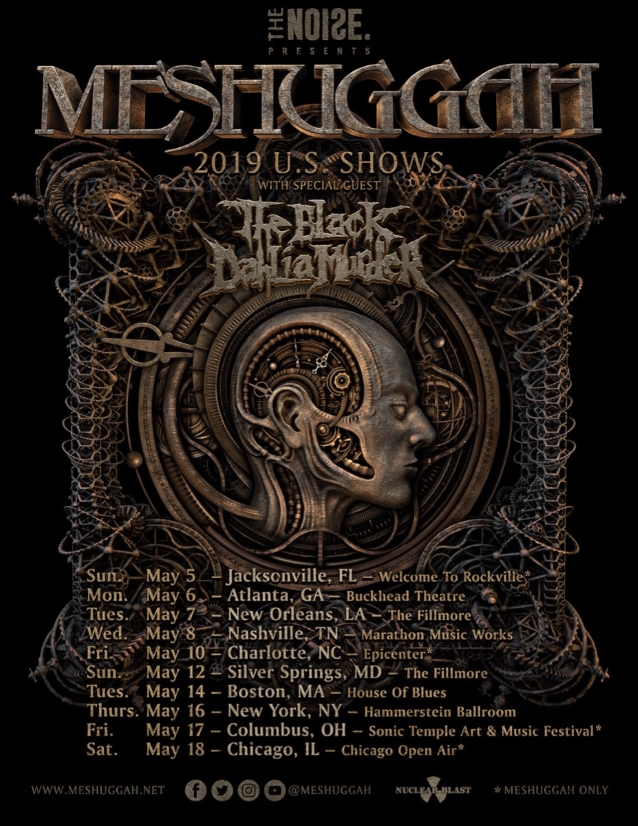 THE PERSISTENCE OF MEMORY

Servant Of The Mind