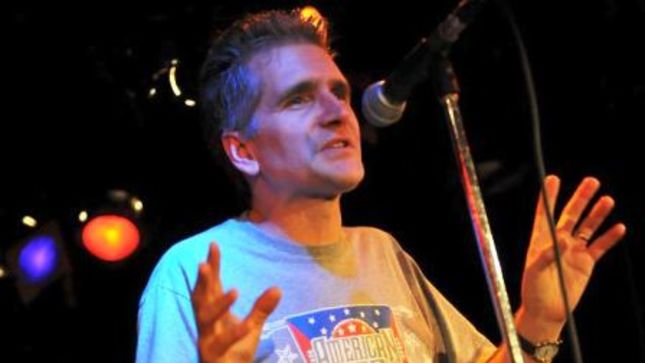 Jimmy Kay and Alan Dixon of Canada’s The Metal Voice recently spoke to  highly respected heavy metal author and BraveWords senior writer Martin Popoff about his two books (fan voted), The Top 500 Heavy Metal Albums Of All Time and The Top 500 Songs Of All Time, which he wrote a few years back but stand the test of time. Paragraphs dedicated to each album and songs. Both books were mathematically compiled with his father

“These books are a little old but I would like to update them to see how they have changed over the years. I would ask rock stars, I would go in person to clubs and I would ask the whole road crew and a lot of asking over the internet. I had a mathematical system.”

“The satifying thing was to find out what the acutal anwser was, those answers are pretty steadfast, people would complain about them but I would  just write people back and say ‘Hey man, it’s democracy, the people have spoken.'”

Both  books are a result of a huge, worldwide poll. Included are artist quotes and a review by Popoff, as well many album cover shots.

You can pick up Popoff’s books here.

Popoff recently released his new book, Who Invented Heavy Metal? The Metal Voice recently spoke with him about the book.

When asked about the roots of metal from the Ancient times: “We start the book at 1250BC with the horns of Jericho, the fables of knocking down the walls with music. The first crazy rock concerts being with Romans and the Greeks and how things got wildly out of control.  There is Vikings in there, there is a little about war and Scottish bagpipes. The idea that music was used a s a scary tool. Then we get into classical music and we get our first rock stars like Paganini who apparently sold his soul to the devil.”

When asked about how the heavy metal vocal style has evolved over the years: “We start hearing guys going crazy singing, Jerry Lee Louis, this is piano based music, Elvis a lot of it is acoustic guitar based music, but you hear guys starting putting a little more inflection and sexuality in their vocals and then it goes into the Beatles. There are so many Beatles records throughout this book because you know the Beatles in some of their earlier songs twist and shout for example there is a lot screaming going on and it’s almost like a new powerful kind of scream.  Robert Plant is probably you first quintessential Heavy Metal singer. Ian Gillan has a new thing that goes on top of Robert Plant which is kind of a new savagery to his singing,  like drunkenness to his singing. There is very little talk about Ozzy  in this book  because  I don’t really put Ozzy or Bill Ward for that matter with his drumming style as two of the guys in Black Sabbath that had a whole heck of a lot to do with heavy metal.”

When asked about the structure of this book: “With this book I really wanted to do the timeline with quotes because the arguments we all have around the kitchen table and around the beers and the bars are like when did things happen . Talking about who invented something  its really cool to see month by month day by day and in some cases year by year when things are being invented . I’ve got quotes from  126 different people . What I wanted to do with this book is put in everybody that everybody that ever talks about as part of this argument. Everyone gets their due.”

Watch the interview below:

About the new book, Popoff previously stated: “Folks, this was a monster undertaking, comprising quotes from 126 different speakers (mostly the metal-makers themselves), many of them interviewed multiple times, blasted at you with much of my own contextualizing over 120,000 words of oral history, strict and detailed timeline, obsessive philosophizing, punctuated by more than 250 graphics. This book arose from years of debating this question with people, as well as talks I’ve given on the topic at university conferences (the below text is derived from the Finland program). I’ve endeavoured to include everything related to the story, the result being a massive arrangement of all the salient arguments, in a weighty tome that ends in 1971!” 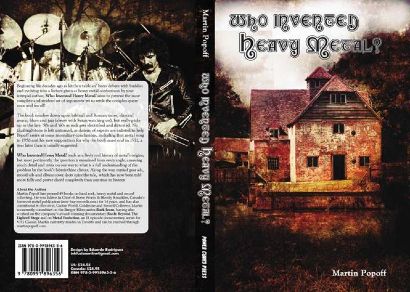 It’s one of the great debates in headbanged musicology and the answer is as complicated as it is hotly contested. Martin Popoff’s Who Invented Heavy Metal? provides the most detailed, well argued, reasonable, ridiculously complete, and most lively and readable telling of the early history of heavy metal yet, arming the argumentative headbanger with all the facts and figures one needs on hand to win those bar room bets around this provocative question.

Ultimately, Who Invented Heavy Metal? aims to be a book that doesn’t limit itself to fans of heavy metal, given the genre’s unarguable cultural value and pervasiveness, as well as the wide umbrella of topics discussed within the volume. Put another way, it is the author’s wish that the book provides wide instructional scope of teachable moments through unfolding, subconscious, telling by osmosis of the very history of heavy metal’s origins through events inside the genre but, surprisingly, many events outside of its own kerranging reverberations.

Our story begins with the Battle Of Jericho and quickly moves through shocking concerts in ancient Greece, Vikings, Paganini, Robert Johnson and the blues, the invention of the electric guitar and the why Little Richard, Elvis, Eddie Cochrane, Jerry Lee Lewis—but most notably, Johnny Burnette—might be called the first headbangers.

Most of our time here will be spent discussing extreme vocals, distortion, feedback, guitar heroes, psychedelics, amplification, the first riffs, the first power chords and the first heavy metal songs.

Essentially, this is where Martin argues for the “real” or “correct” answer to the titular question being Black Sabbath given their groundbreaking Black Sabbath album, issued February 13, 1970, but also that band’s Paranoid, Uriah Heep’s debut, and most important of this set of three, Deep Purple’s In Rock. And of course, by this point, dozens of other bands are discussed as well. In fact, we will see that the events of 1970 cause a fuzziness to the accepted answer, resulting in the need for an examination of the events of one more year, namely 1971.

In the final stretch of the lecture, Martin will argue the necessity of a fresh—or at least “refreshed”—answer to the question, which requires us to talk about the wildest, heaviest full albums of 1971. Not to give too much away, but readers should come away with a new way to look at this question, whether they become convinced of Martin’s arguments completely or not!

PayPal happily accepted. Ask if you’d like a PayPal invoice (please indicate what country you are in), or just do yer usual and direct funds to martinp@inforamp.net.

Or mail payment (personal check in US funds, cash, or INTERNATIONAL money order), to: