Torien joined Dokken on stage for an unplanned version of DOKKEN‘s “The Hunter”, along with Don‘s longtime friend and ex-bandmate Dee, Ira Black, Sean McNabb, with background vocalists Maureen Davis and Kevin Robinson.

More information can be found by visiting www.ultimatejamnight.com. 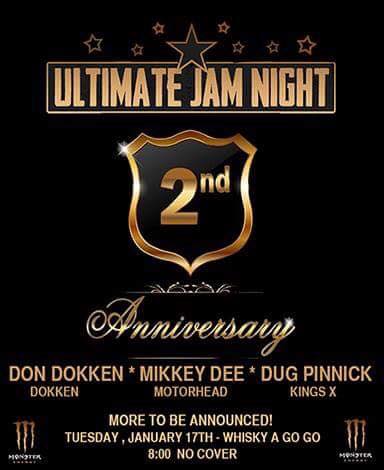