Welsh metallers BULLET FOR MY VALENTINE have released the official music video for their new single, “Letting You Go”. The song is taken from the band’s sixth studio album, “Gravity”, which will be made available on June 29.

BULLET FOR MY VALENTINE frontman Matt Tuck says: “‘Letting You Go’ was a very challenging song to write in so many ways. It’s by far the most experimental track I’ve ever written musically and lyrically. I really wanted to make a track that stood out from the crowd and separated us from any other band in our genre, and that’s exactly what ‘Letting You Go’ does.”

“Gravity” will be issued through BULLET FOR MY VALENTINE‘s new label home, Search And Destroy, the imprint launched in 2014 by Spinefarm and international artist management company Raw Power Management. The follow-up to 2015’s “Venom” marks BULLET FOR MY VALENTINE‘s full-length recording debut with new drummer Jason Bowld (PITCHSHIFTER, AXEWOUND), who has been touring with the group for the past two years, and bassist Jamie Mathias (formerly of REVOKER), who joined the band after the last disc was completed.

“Over the last 12 months, I’ve been thinking about the word ‘contemporary’ a lot,” Tuck said. “And I feel this is a contemporary record. It’s not an old-school, heart-on-your-sleeve influences thing. We’ve done that so let’s move forward and make the band more interesting. We don’t want to alienate anyone… but we don’t want to write the same shit anymore. Metalheads will enjoy this. I actually feel the softer electronic parts make the heavy moments even more crushing. It’s about engaging the listener and taking them on a journey, messing with their heads a bit…”

The three years since “Venom” haven’t been easy for BFMV‘s commander-in-chief. But instead of falling deeper down a tunnel of self-despair, he channelled his life experiences into art like never before. It would be one of the most introspective and revelatory processes of his life — by his own admission, a personal and creative evolution that simply needed to happen…

“This is me pouring my heart out into song,” continued Matt. “It’s all about that journey. I picked up my guitar, even though I didn’t really want to, and it’s like I couldn’t stop it, like I couldn’t fight it… Something boldly experimental can’t be done on a whim, we had to be comfortable and eventually we got there. The album is so up and down, so positive on tracks like ‘Not Dead Yet’, which is all about seizing the day and catching the moment. Then ‘Under Again’ is all about the crushing depression I had about a year ago. The whole thing captures the character of… well, me — with some help from [producer] Carl Bown. There’s so much weight to this music without being complicated. That’s exactly what this album is: very uncomplicated.”

BULLET FOR MY VALENTINE recently completed an extensive American tour with AVENGED SEVENFOLD and BREAKING BENJAMIN. 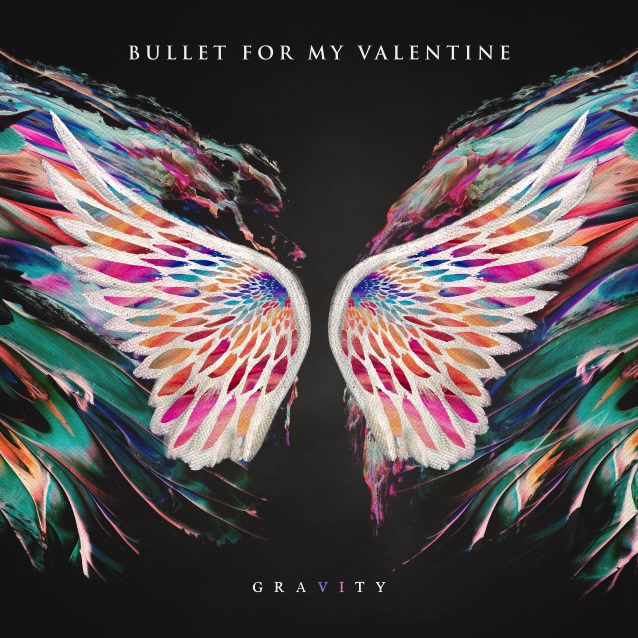 Knights of the Realm

Death on a Pale Horse