The trek will kick off on October 10 in Phoenix and conclude on October 29 in Miami.

BRING ME THE HORIZON — vocalist Oli Sykes, guitarist Lee Malia, bassist Matt Kean, drummer Mat Nicholls and keyboardist Jordan Fish — is touring in support of the critically acclaimed “Amo” album, which NME called “bold, brilliant and boundary-pushing” and which Noisey hailed for “being ahead of their time and evolving a genre.”

Since its release a few months back, “Amo” has been streamed more than 415 million times.

BRING ME THE HORIZON is one of the most electrifying and successful rock bands to emerge from the U.K., selling over four million albums globally to date, playing sold-out shows in over 40 countries, including two sold-out nights at London’s O2, plus wowing a traditionally non-rock crowd at Glastonbury Festival in 2016 and 2018 and stealing the show at high-profile festivals across Europe all summer 2018. 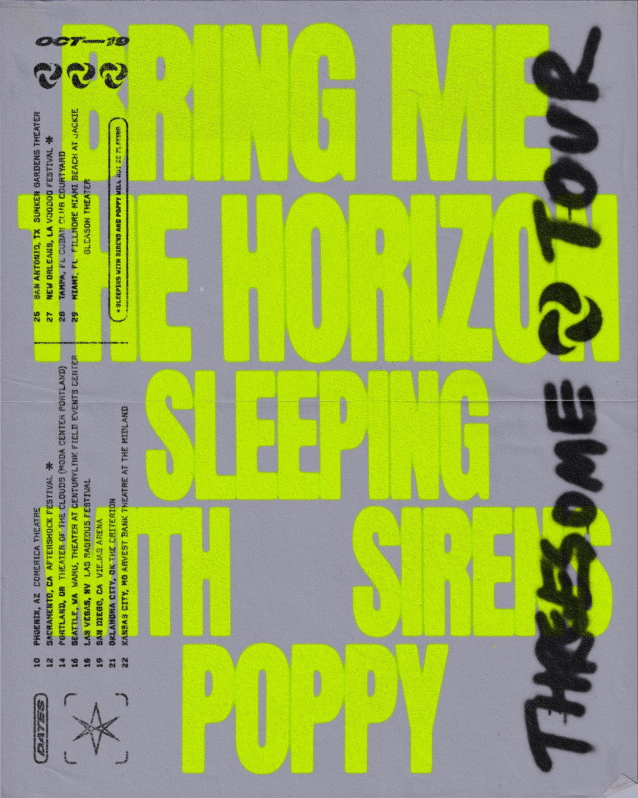