Aniruddh “Andrew” Bansal of Metal Assault recently conducted an interview with guitarist Wolf Hoffmann of German/American metallers ACCEPT. A couple of excerpts from the chat follow below.

Metal Assault: This interview is about ACCEPT‘s “Restless And Live” album which came out on January 13th. From what I’ve read, this is not something you really planned, and it’s not like you went into that show in 2015 with the aim of recording this video. So, how did it come about? Was it a mere coincidence?

Wolf: “Well, it wasn’t totally by surprise, but at the same time, we didn’t go on stage thinking this has to be a DVD. Absolutely not, because that sometimes can add pressure to everybody. We really wanted to perform a regular show and just film it, and then see how it turns out. That’s what we did. We had played there before and we knew that they do a good job at filming the shows, and we knew the editor, and chances were that it would turn into something great. So, we took some extra steps, got some more cameras and really made sure it looks the part if it turns out well. Then after we show the footage, we thought it turned out great! This might be the perfect time to release a live DVD because a) fans have been asking for a long, long time, and b) ‘Blind Rage’ [ACCEPT‘s last sutiod album] is already two years old and it’s going to be yet another year before the next album comes out, so this would be a good tie-over for the fans, you know.”

Metal Assault: I think there was a time in the past where bands would release something between studio albums, whether it be a live album or a new EP, and not just a reissue of an old album. You’re doing that with “Restless And Live”, and that’s great because as you just said, it will hold fans over until the next studio album.

Wolf: “Correct, correct. And it gave us a chance to really do it properly because we spent a good amount of time to go through the footage, making sure it’s good, and also a good chunk of time went into listening to all these live performances for the audio CDs. We had recorded dozens of shows throughout our following tour across Europe, and we knew that for the audio CDs we wanted to use different performances and different songs altogether from the DVD. A lot of times what gets done is you just use the audio material from the live DVD, which to me in essence is like putting on the DVD and turning off the picture. It’s the same exact performance. But we said, since we’ve got the opportunity to offer live CDs with the DVD as a package deal to the fans, we might as well go through the trouble of finding other performances that are also quite good, just to show a different side of what ACCEPT sounds like in a different city, on a different night, and different songs. We put 27 songs on these audio CDs, I believe.”

Metal Assault: This recording probably captures the real ACCEPT live experience because as you said there was no additional pressure of playing a concert for a DVD.

Wolf: “Yeah, I guess everybody is afraid that you have a tour, everything is going great, and then it comes to the DVD night, everyone is super nervous and it turns out to be a so-so show. Bands are usually afraid of that, so the more low-key something like that can happen, the better it is, normally. But in our case, it wasn’t so low-key because it was the very first show of the tour with new members in the band, so it was a little bit nerve-racking for everybody, I think. It was the first show in Europe with new guys, new setlist, and we were going to film it. But it turned out to be great and I wasn’t really all that nervous, to be honest, but I’m sure some of the guys were.” 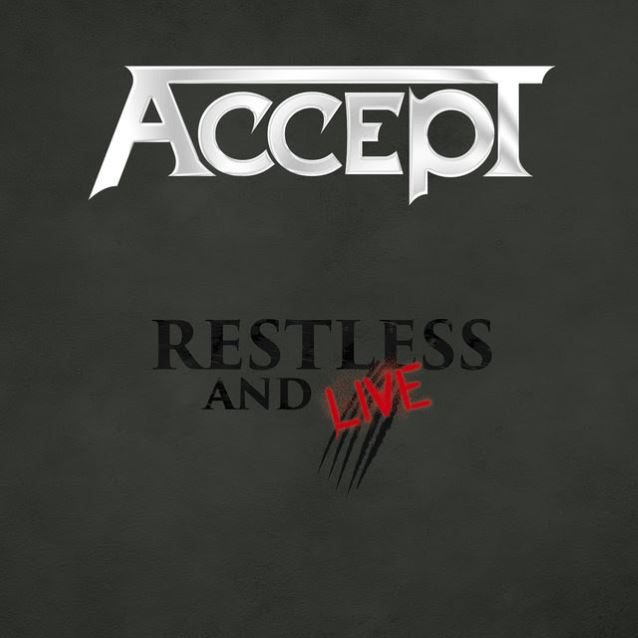