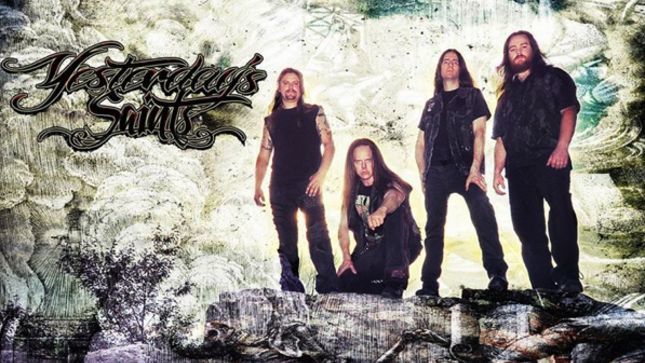 Concept albums are not new territory in metal by any means. But Northern Virginia’s Yesterday’s Saints elevate the notion of conceptual metal to a whole other level, thanks to the rich, extensive storytelling and the pummeling metal in Generation Of Vipers. The music is as smart and thought provoking as it is extreme, that’s not an easy thing to do. Striking an artful balance is difficult, but Yesterday’s Saints make it seem easy.

Get an initial taste of Generation Of Vipers below, where the band is streaming the first song from the album entitled “The Recruitment”. The album is available for pre-order here. Purchases of the album via bandcamp will also receive a physical copy of the album and the download is mastered for digital play.

In support of the new album, the band has announced a North American tour supporting Iron Man.  The tour begins March 12th in Washington, DC and runs through March 22nd in Dayton, OH.

“We are really excited to be heading out on the road with our friends in Iron Man and being able to bring our new music from our album to new ears.  This is the first set of dates we have this year and we are currently working with our agent on future shows for this year.  See you on the road” 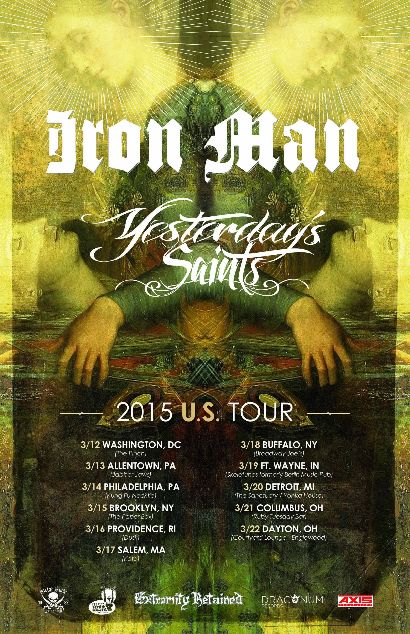 Yesterday’s Saints, who play a death-thrash-power hybrid, has been in existence since summer 2010 and with a self-released EP and some regional touring under their belt. They knew that a full concept album was the next step they wanted to take. But they did not go about it capriciously. The decision to go with a concept for the 11-track Generation Of Vipers was driven by the most important things -the songwriting and careful thought.

The album is assembled like an opera, with three acts, along with an instrumental interlude and outro. It traces the story of Satan, one of the most notorious characters in history, throughout time, from his desire to usurp God’s throne to his modern infiltration of mankind to the indication that all of Earth’s inhabitants are now his descendants.

The album opens with a flashback and what corresponds chronologically to a third song is actually listed as the first track. The story then resumes from its chronological beginning with the second track. The final song alludes to two theories of the universe: One that asserts we are all a figment of a man’s dream, along with the multi-dimensional membrane theory, where the Big Bang Theory was/will be the result of an intersection or collision between our current dimensional membrane and a parallel one.

As a result of either theory, whether “the man” waking up or the collision between dimensional membranes, the end of days is the outcome. Time is reset again by the man falling asleep or the explosion of another Big Bang.

It’s a lot to process, but once you absorb that story along with the music, your appreciation will be furthered and deepened, as all senses are satisfied by Generation Of Vipers, which targets one’s brain and one’s body.

“We wrote it in a way that there should be something in this album for everyone that likes extreme metal,” vocalist Matt Rice said. “The first act is primarily melodic death, whereas the second act has doom and rock, and power metal and thrash, while the third act has thrash and melodic death.” 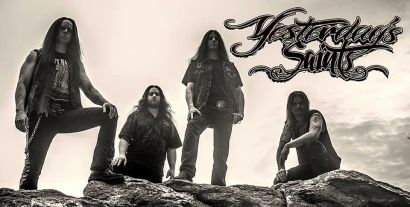 Overall, Generation Of Vipersis pretty advanced and intellectual extreme metal. But it’s not stringing together big ideas for the sake of big ideas. The album, which was recorded in the band’s own studio and Assembly Line Studios in Virginia, features atypical metal instruments, such as the piano, cello, violin, so it really is lush and expansive and there is a lot going on.

Yesterday’s Saints and Generation Of Vipers requires time and attention, but once you make the commitment and dive into the story and the sound, you’ll find yourself doubly rewarded.

The album’s artwork was done by Vance Kelly (Huntress, Down, Prong). 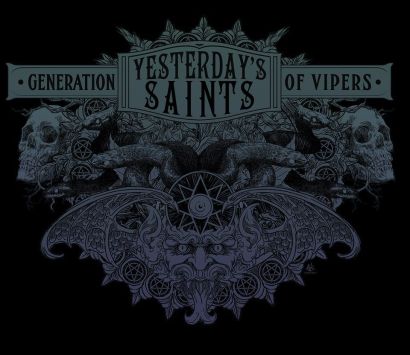