“Let Me Burn”, the new video from Knoxville, Tennessee death metallers WHITECHAPEL, can be seen below. The band collaborated with Mitch Massie, the director behind the latest and most visually striking videos from CATTLE DECAPITATION, THE DILLINGER ESCAPE PLAN, and more. Massie brought the lyrics to “Let Me Burn” to life in gloriously gory fashion; this video is not for those with a weak constitution.

WHITECHAPEL vocalist Phil Bozeman explains: “The basis of the video is about a man, his wife and daughter. The story depicts the degradation of the man and him going insane. He kills his wife and eventually douses himself in gasoline and begs his daughter to strike the match. But the whole point of the story is that the man has everything he wants and needs, but has no control over his mind and suffers with clinical insanity/schizophrenia and regrets everything he has done.”

WHITECHAPEL guitarist Alex Wade adds: “It’s our first time trying a story based video versus a performance video with us playing and we’re really happy with how it came out. Phil‘s idea for the concept of the video mixed with Mitch Massie‘s directing developed a very dark and sinister feel that represents the song well.”

“Let Me Burn” is taken from WHITECHAPEL‘s latest album, “Our Endless War”, which was issued in April 2014 via Metal Blade. The CD sold around 16,000 copies in the United States in its first week of release to debut at position No. 10 on The Billboard 200 chart. 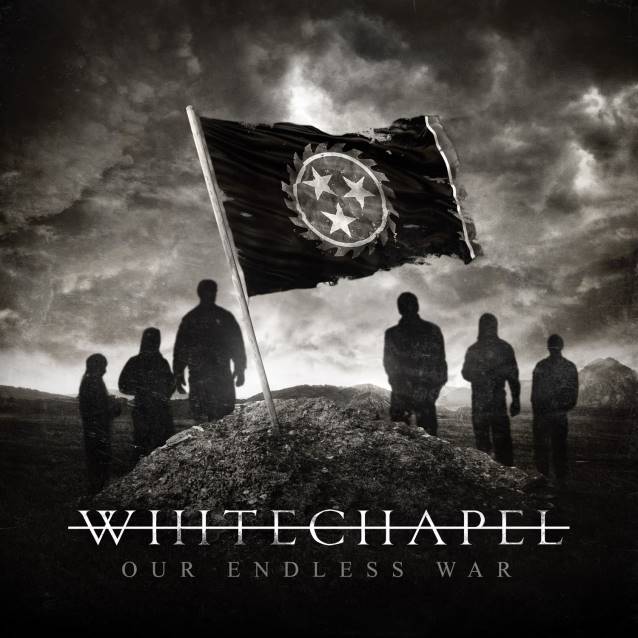