THE PRETTY RECKLESS performed the song “Take Me Down” on last night’s (Tuesday, February 28) episode of Conan O’Brien‘s nighttime talk show, “Conan”. You can now watch video footage of the band’s appearance below.

THE PRETTY RECKLESS continues its ascent on the rock charts with the release of its new single, “Oh My God”. “It’s just me and the band, pouring ourselves into the song, and into the camera. It’s subtle — you have to really watch it to understand all the layers — but it’s honest, and that to me always yields the best art,” says lead singer Taylor Momsen.

“Take Me Down”, nominated for “Rock Song Of The Year” at the upcoming iHeart Radio Music Awards taking place March 5, was the first No. 1 rock single from THE PRETTY RECKLESS‘s latest album, “Who You Selling For”. This milestone marks the fourth consecutive No. 1 for the band, which broke records as the first female-fronted band to have three chart toppers in a row with “Heaven Knows”, “Messed Up World” and “Follow Me Down” (all from 2014’s “Going To Hell”) – a feat that has not been accomplished since THE PRETENDERS in 1984, over thirty years ago.

Produced by longtime collaborator Kato Khandwala, “Who You Selling For” expands the band’s sound to encompass soul, blues and rock and roll. The songs were written by Momsen and guitarist Ben Phillips. Momsen‘s dark lyrics and raw, charismatic vocals are on full display and the band delivers at full intensity with a level of musicianship that raises the bar.

THE PRETTY RECKLESS will continue to tour throughout the year in support of the album, hitting major markets and festival shows, including Rock On The Range, Carolina Rebellion and Rocklahoma in the U.S. as well as European and South American dates. 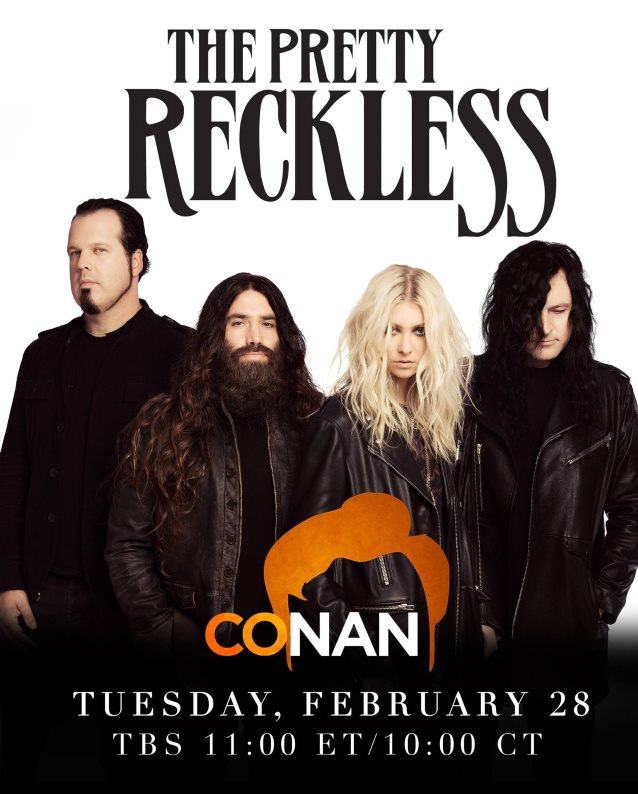