“Song On Fire”, the new video from NICKELBACK, can be seen below. The track is taken from the band’s ninth album, “Feed The Machine”, which will be released on Friday, June 16 via BMG.

NICKELBACK leader Chad Kroeger told Music Choice about “Feed The Machine”: “This album is definitely heavier, as a whole, than a lot of our previous records. We’ve gone back to some pretty crunchy roots, and we’re happy about that. I mean, we’re always stretching off in different directions and trying different things, but we definitely went with more of an aggressive sound on this record.”

Set in a dystopian, post-apocalyptic future where machines have imprisoned humans (think “The Matrix” and “The Terminator”), the video for the “Feed The Machine” title track sees Kroeger and his bandmates depicted as freedom-fighting revolutionaries who free the enslaved humans from their machine captors.

NICKELBACK is set to hit the road this summer on the colossal headlining “Feed The Machine” tour. Produced exclusively by Live Nation, the “Feed The Machine” trek will begin on June 23 in Noblesville, Indiana, with 44 dates across North America including stops in Detroit, Los Angeles, Chicago, Toronto, Vancouver, and more. DAUGHTRY will join NICKELBACK as their special guest for all of the U.S. dates, as well as Toronto and Montreal, while SHAMAN’S HARVEST will be seen on all dates. Rock And Roll Hall Of Fame icons CHEAP TRICK will be special guests for the western Canadian leg of the tour.

In June 2015, NICKELBACK canceled the majority of its tour dates in support of the band’s eighth album, “No Fixed Address”, so that Kroeger could recover from surgery to remove a cyst on his vocal cords. 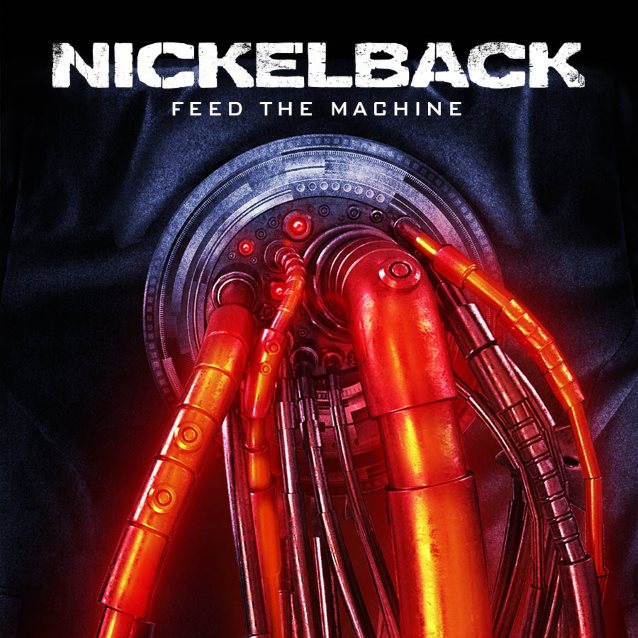