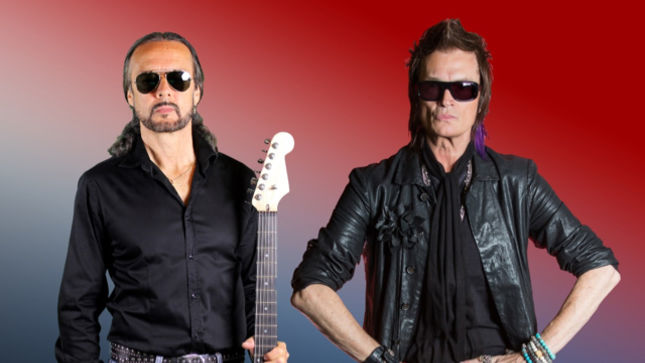 The new album from Voodoo Hill, entitled Waterfall, will be released on October 16th in Europe and North America. The album track “All That Remains” can be heard below:

The new album – the third release from the musical alliance between Italian axeman and producer Dario Mollo and legendary former Deep Purple singer / bassist Glenn Hughes – is the culmination of a 30+ year career for Mollo as a musician, songwriter and producer. Dario Mollo’s career started in 1981 with the heavy metal band Crossbones, he continued to develop his abilities with musical giants like Tony Martin (Black Sabbath), Graham Bonnet (Rainbow, MSG), Don Airey (Rainbow, Ozzy, Deep Purple) and several others. The Voodoo Hill albums with Glenn Hughes has always marked a special milestone in Dario’s career though.

With the first Voodoo Hill album in 2000, Dario, for the first time, had the chance to have a proper international release, while the follow up album Wild Seed Of Mother Earth is probably the heaviest and strongest release ever from Dario.

The new record came about as a result “of the most prolific and creative period I had in my entire career” tells Dario. “I wrote and recorded more than 35 song ideas in a very limited amount of time, leveraging from all the experiences I gathered as a guitar player, writer and producer. This creative phase had a further development when Dario Patti (keyboardist, bass player and orchestra arranger) came into the picture. He brought the songs a new palette of sounds and some superb arrangements. I also wanted the songs to sound as fresh as possible, trying my best to preserve the feeling of the overall performances, so I used very old school recording methods, including recording acoustic drums in rooms with natural reverb.”

“It was right in the middle of this creative spring that Serafino of Frontiers called me to see whether I wanted to finally work on a third Voodoo Hill album after all these years,” continues Mollo. “He said Glenn Hughes was available in principle, so the next thing I did was to choose the 11 songs which I thought suited the project the best. In comparison to the previous albums, I wanted to have Glenn more involved in the artistic decisions, so I sent him the songs before the final mixes in order to have his advices on the final result. That was a precious process that brought substantial changes, for instance on “Last Door”, where I literally changed the entire guitar riff to make it work better with the vocal melodies. In the end the song was basically rewritten and dramatically improved. It was a fabulous creative process, which I am truly confident will last more than a bunch of listening sessions and will offer a lot of enjoyment to all those will want to follow Voodoo Hill in this exciting musical venture”.

Waterfall is a strong and straightforward hard and heavy rock album which is equally split between aggressive and heavy moments and beautiful melodies. 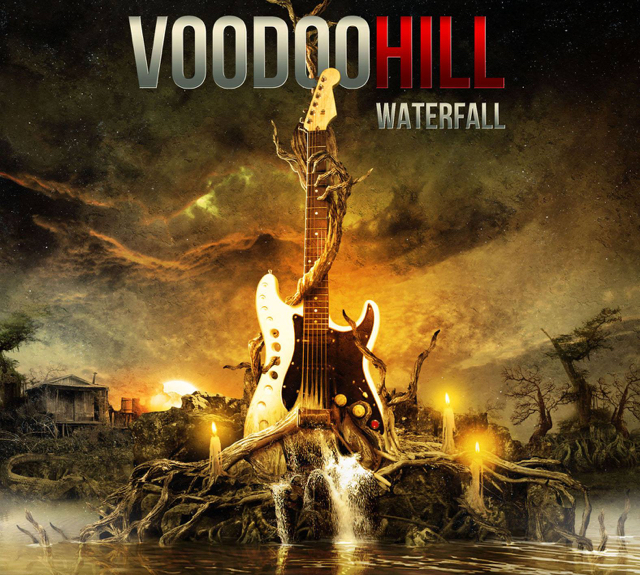