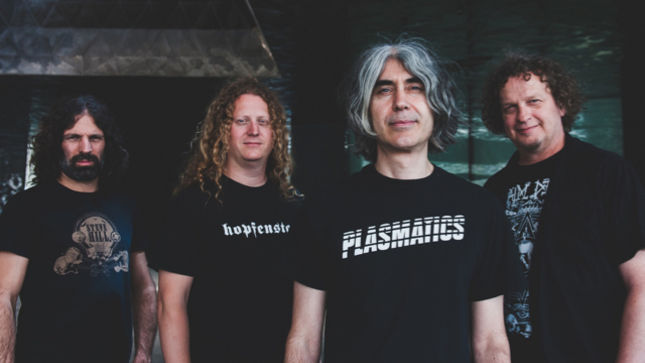 Vocalist Snake (aka Denis Bélanger) of Canadian progressive metal pioneers Voivod was recently interviewed by Metal Wani. In the audio interview below, he discusses the Deathcrusher tour with Carcass, Napalm Death and Obituary, recent Paris attacks, plans to release an EP followed by an album next year, musical direction as compared to Target Earth, the loss of Piggy and how it affected the band, and more.

Voivod have announced a first leg of their next US tour, starting in February 2016 with support by Canadian countrymen Vektor as well as Eight Bells.

Drummer Michel “Away” Langevin checked in with the following comment: “Voivod are excited to follow up the success of the Napalm Death tour of USA last winter with a new tour with Vektor and Eight Bells as support, this will be part 1 of a 2-leg tour, West coast dates will be mid-2016″.