In conjunction with the album’s release, League Of Legends and PENTAKILL are streaming “II: Grasp Of The Undying” in full via YouTube and the PENTAKILL music landing page at pentakill.leagueoflegends.com. At the same location, you can also witness the brand new state-of-the-art, cinematic animated music video for the punishing track “Mortal Reminder”. Within twenty-four hours of being posted, the “Mortal Reminder” video racked up over 7.3 million views across platforms. Witness PENTAKILL‘s live musical carnage in Bandle City, recorded in the catacombs of the Shadow Isles!

Lande, the voice of Karthus, states: “It’s great for a classic heavy rocker like myself to be a part of this modern gaming music world, and I’m excited and grateful for the opportunity to work with such a great team of talented people. This exciting development is not just about creating an original twist to the online gaming industry, but also about pioneering some groundbreaking new metal! My job is to make Karthus the singer he is, and add the classic heavy rock element to his performance. I’m proud that Karthus and his band are back to bring new PENTAKILL metal your way!”

Louhimo, the voice of Kayle, adds: “It’s been so exciting and an honor to be part of the second PENTAKILL record. This has been my dream come true to work in the gaming world. This is just the beginning and I can’t wait to see what the future brings. I hope people love the result as much as I do!”

There’s something for every heavy music fan on “II: Grasp Of The Undying” — an album that is not only accessible, but will stand up next to any heavy metal artist on your playlist. “II: Grasp Of The Undying” is a full-length, ten-track scorcher of a record — showcasing the multi-faceted talents of the genuine music professionals and avid production team involved, and featuring genre-influences ranging from power metal, NWOBHM, thrash, modern progressive death metal and everything in between – even electronic/industrial!

PENTAKILL was spawned from massive League Of Legends fan/player engagement, theories and buzz. Wanting first and foremost to give back to a global community of players, Riot Games and their team of in-house composers, songwriters, and producers came up with the idea to write, record and release a real heavy metal album based on a virtual heavy metal band comprised of members embodied by the original skin line they originated from. In their virtual reality, PENTAKILL is billed as the fictional land of Valoran’s most famous rock band.

In 2014, the Riot Games music label issued the band’s first foray out of the video game realm, “Smite And Ignite” — an eight-track collection of appropriately punishing songs that was written completely in-house at Riot, and supported by the talents of studio musicians, including ZP Theart of DRAGONFORCE, Derek Sherinian of DREAM THEATER, Lohner and Lande. Upon its release in 2014 and with absolutely no traditional promotion, “Smite And Ignite” went on to debut Top 40 on Billboard and #1 on the iTunes Metal and Rock charts, plus charted top 30 on the overall iTunes charts, in addition to millions of YouTube and Spotify streams. 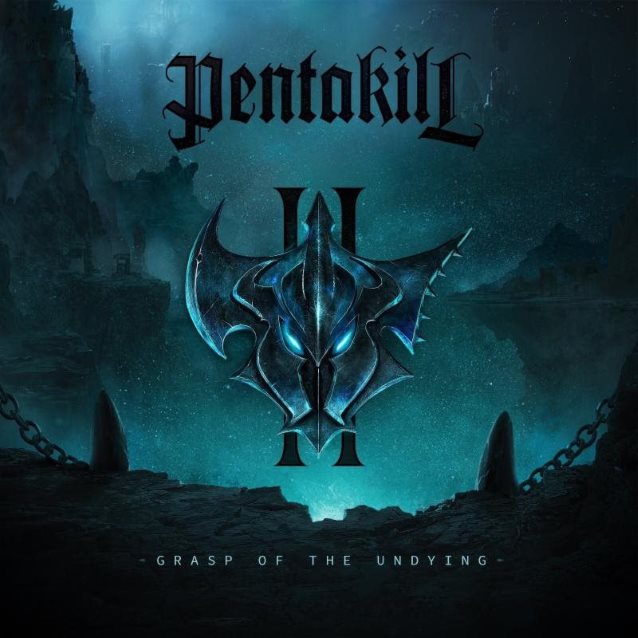