Owens told Houston Press about his involvement with DIO DISCIPLES, which pays tribute to legendary heavy metal singer Ronnie James Dio (BLACK SABBATH, RAINBOW, DIO, HEAVEN & HELL) and is fully supported by Dio‘s widow/manager, Wendy: “I think with Ronnie, he was such a legend and a friend and everybody loved him. When Wendy mentioned that she wanted to do something to celebrate his music, I wanted to be involved. It was a no-brainer, and I was excited. And we wanted to do it the right way, with people that Ronnie would want to do it. He was such a great person — no one nicer in the industry — and vocally, he was the best.”

Asked when he first met Ronnie, Owens said: “It was 1997. I had just finished recording ‘Jugulator’ [with JUDAS PRIEST] and went to his show here in Cleveland and went backstage. I was in awe, and he said, ‘Well, Tim, you’re one of us now. You’re just like me.’ And from then on, he was great and would tell the press I was one of his favorite singers. We just connected.”

Regarding what it is like performing Ronnie‘s songs with DIO DISCIPLES, Tim said: “It’s an honor. It’s emotional every night. I feel it every time I step on the stage. There’s something special about playing with Ronnie‘s bandmates and I was his friend. Wendy is such a great person and Ronnie was a great person, so it feels even more special. It’s really an honor to be able to do it.”

Owens‘s debut solo album, “Play My Game”, was released in 2009 via SPV/Steamhammer. 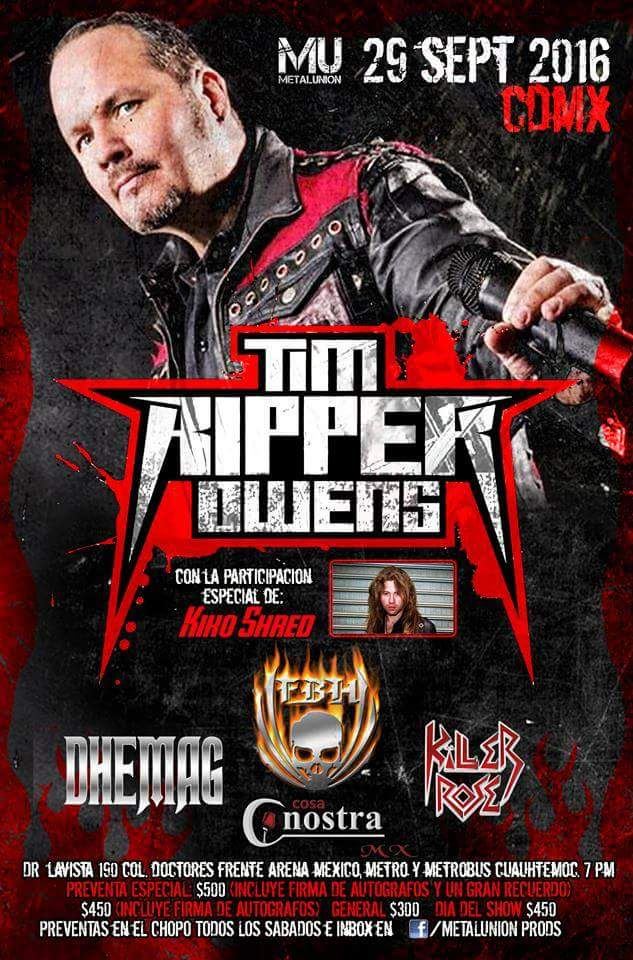