“X-Ray Visions”, the new video from Maryland rockers CLUTCH, can be seen below. The clip was shot by renowned photographer Dan Winters, who also designed the cover for the band’s eleventh studio album, “Psychic Warfare”.

Sirius XM‘s Liquid Metal (Sirius XM channel 40) will premiere the audio track of “X-Ray Visions” throughout its programming from July 29 to July 31.

“X-Ray Visions” is the first single from “Psychic Warfare”, which will be released on October 2 via the band’s own label Weathermaker Music. The CD was helmed by CLUTCH‘s longtime producer Machine (LAMB OF GOD, EVERY TIME I DIE) and consists of 12 new tracks.

“The title ‘Psychic Warfare’ is taken from the track ‘X-Ray Visions’,” states singer Neil Fallon. “It’s a tale about an unnamed protagonist who is forced to seek refuge in a flop house motel. He is hiding from several nefarious psychic forces, the worst of which is his own sleep-deprived paranoia.”

According to Fallon, the “X-Ray Visions” lyrical concept was influenced by Philip K. Dick, the science fiction author whose 1968 novel“Do Androids Dream of Electric Sheep?” was the basis for “Blade Runner”. Neil said: “[Dick‘s] general philosophy and questions have always crept into my lyrics, because I share an interest in it. On ‘Earth Rocker’, ‘Crucial Velocity’ was definitely a Philip K. Dick song for me. On this record, ‘X-Ray Visions’ certainly is.”

Fallon added that the secluded studio location was the inspiration for the song “A Quick Death In Texas”. He explained: “I was staying in a kind of unique, maybe 100-year-old property, by myself. I got spooked out because I come from the East Coast and the suburbs and I was out in the woods. That was the environment that brought out ‘A Quick Death In Texas’ — and the locals.”

Regarding the musical direction of “Psychic Warfare”, Fallon said: “It’s probably faster than ‘Earth Rocker’. We wrote it pretty quickly after ‘Earth Rocker’, so we were, kind of, still in that headspace.”

CLUTCH drummer Jean-Paul Gaster told The Aquarian Weekly: “There are some similarities in regards to ‘Earth Rocker’, and there are some songs on it that are sort of familiar, but we did some different stuff, too. There’s stuff that is a little funkier, and there’s other stuff that’s a little more bluesy. So there’s more diversity, I think.”

Asked about the creative process in CLUTCH, Jean-Paul Gaster said: “The creative process really hasn’t changed all that much. It’s really just the four of us getting together and banging out jams, so to speak. We work on one or two parts at a time, and often we set those parts aside and work on something new. We’ll do that for several months until we have a large pool of ideas to pull from. As we get closer to the recording process, we start to try to fix some of these parts and make them into songs. Sometimes the songs get cannibalized as well, like one song will sort of eat the other, in a way. And even then we have a lot of songs to choose from, so sometimes songs that we have been working on for months won’t even end up on the record.” 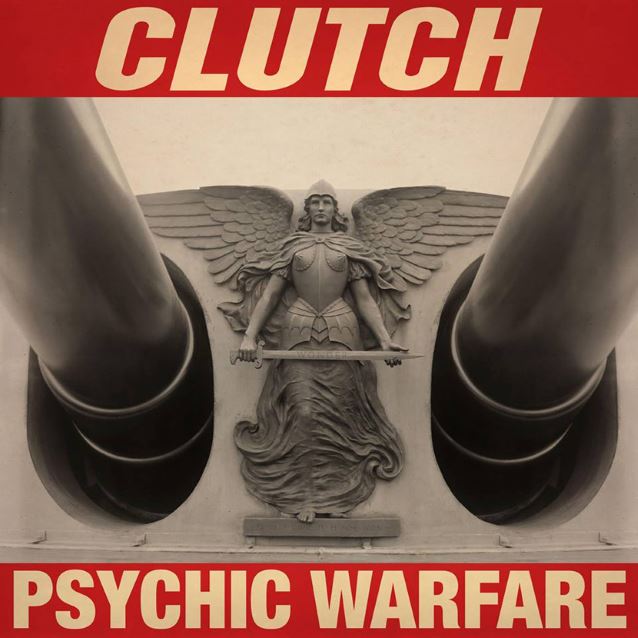