A two-minute documentary on BEHEMOTH‘s recent visit to the headquarters of the Polish brewery Perun can be seen below.

BEHEMOTH has collaborated with Perun on the band’s own brand of beer, dubbed Sacrum. With 6.2 percent alcohol by volume, this Belgian IPA-style ale was made available on May 11.

A number of other bands have previously expanded their brands to include a signature beer. Among the most recent ones is MASTODON, who teamed up with Signature Brew in the U.K. to create Mastodon’s Black Tongue, a brew that is an 8.3% double black IPA and was called Signature Brew‘s “biggest and most powerful creation to date.”

IRON MAIDEN famously released its Trooper ale, with its malt flavor and citric notes with a subtle hint of lemon. AC/DC‘s beer was a German premium lager called Australian Hardrock, which promised to “fire up your tongue like TNT.”

MOTÖRHEAD came out with Bastards lager, which was described as “a fruity beer with a wonderful character of light malt.”

PEARL JAM‘s Faithfull Ale, whose release coincided with the 20th anniversary of the band, was a Belgian golden-style brew that came with 10 incremental additions of black currents.

SEPULTURA‘s signature Weizen beer contained “the aroma and flavors of banana and clove,” while MUNICIPAL WASTE‘s Toxic Revolution was a signature oatmeal stout.

AMON AMARTH offered the honey and smoked malt Ragnarok Porter, while CORROSION OF CONFORMITY came out with Corrosion Of Conformity Imperial Porter, which is aged in a rum barrel while boasting a raisin base.

BEHEMOTH! vs. Browar PERUN! Belgian IPA at its best! Check out this documentary from Behemoth’s visit in Perun headquarters! Enjoy!

Tadam!!! Very shortly we are releasing BEHEMOTH! beer in cooperation with Browar PERUN! Sacrum is just the beginning tho…;) Beerhemoth? NA ZDROWIE:))))) 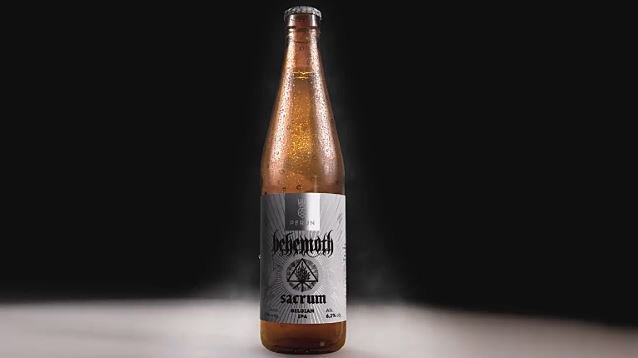