Houston heavy metal band VENOMOUS MAXIMUS will release its new album, “Firewalker”, on May 5 via Shadow Kingdom Records. The quartet recorded the CD at the Diamond Factory in Austin, Texas with engineer Travis Bonner (ANCIENT VVISDOM). The record was mastered at PLX Mastering by Paul Logus (SATYRICON, CLUTCH, ANTHRAX), with early reports describing the band’s new music as “big, bold and badass.”

“One thing that underground music has been missing for the last 10 years is danger,” says VENOMOUS MAXIMUS vocalist/guitarist Gregg Higgins. “Making this record almost killed us and pissed a lot of people off in the making, but chaos and drama make good art.”

VENOMOUS‘ most recent album, “Beg Upon The Light”, hit with adamantine force, and has met to widespread celebration, being called “Lovecraftian” and a “masterpiece” by Metal Injection, “mayhem without mercy” by Decibel and “super-thick occult doom” by Rhapsody. Not only did “Beg Upon The Light” put the quartet on the map, it proved once and for all that VENOMOUS MAXIMUS‘ sound and vision defied categorization.

A live powerhouse, VENOMOUS MAXIMUS has toured the U.S. as hand-picked guests of metal legends DOWN, HIGH ON FIRE and PENTAGRAM and has created a huge buzz as part of both Austin’s SXSW and Fun Fun Fun festivals. 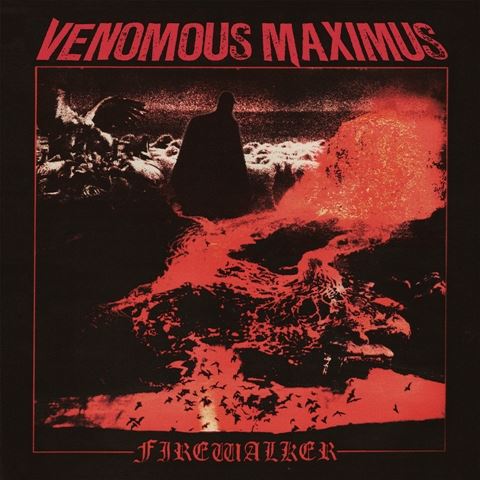