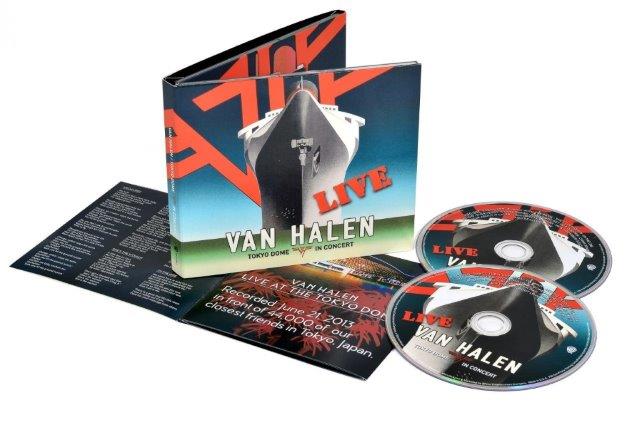 On March 31st, Van Halen will release its first-ever live album to feature original singer David Lee Roth. Recorded on June 21, 2013 at the famed Tokyo Dome in Tokyo, Japan, Tokyo Dome Live In Concert includes 23 songs, spanning all seven of the band’s albums with Roth. It will be released as a double CD; four-LP set on 180-gram vinyl; and digitally.

Listen to a preview in the form of “Unchained”:

“Panama” and “Runnin’ With The Devil” can also be enjoyed:

Tokyo Dome Live In Concert tracklisting:
“Unchained”
“Runnin’ With The Devil”
“She’s The Woman”
“I’m The One”
“Tattoo”
“Everybody Wants Some”
“Somebody Get Me A Doctor”
“China Town”
“Hear About It Later”
“Oh, Pretty Woman”
“You Really Got Me”
“Dance The Night Away”
“I’ll Wait”
“And The Cradle Will Rock…”
“Hot For Teacher”
“Women In Love”
“Romeo Delight”
“Mean Street”
“Beautiful Girls”
“Ice Cream Man”
“Panama”
“Ain’t Talkin’ ‘Bout Love”
“Jump”