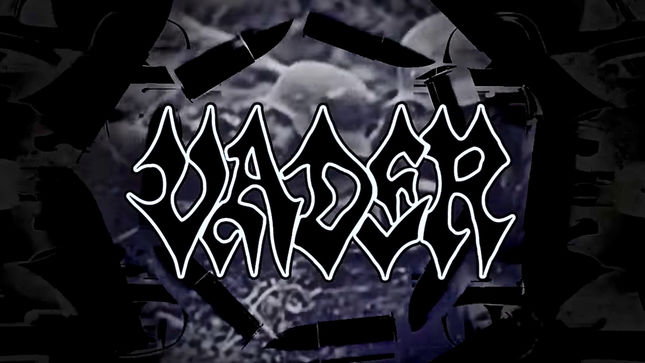 Vader have released the first in a series of track by track videos (see below) for their new studio album, The Empire, to be released on November 4th via Nuclear Blast. The follow-up to their 2014 album, Tibi Et Igni, was recorded at Hertz Studios in Bialystok, Poland and produced by Wojtek and Slawek Wiesawski.

Says Vader leader Piotr “Peter” Wiwczarek: “Here is the cover art for The Empire, created by Joe Petagno himself! The whole design includes many details connected to the main theme influencing me before and during the process of recording: war and the “cold crisis” around us today. There are also links to couple of famous movie series, which influence the generations and erupt with violence, hate and “imperial tendencies”. Is this just a fantasy or maybe a sign of the 21st century generation? You have to answer that on your own… and the future will show us, how real that feeling is? Enjoy The Empire and join us on tour soon.” 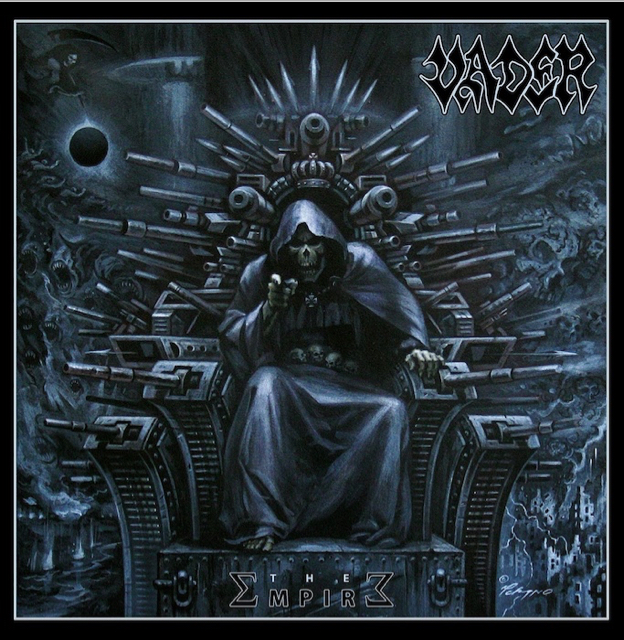 “Prayer To The God Of War” lyric video:

This November, Vader will be touring Europe with Hate Eternal, Threat Signal, Apophys and Lord Of War. 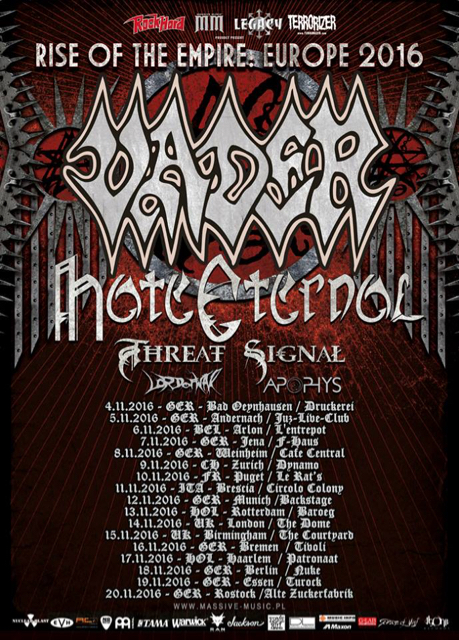