For one night only, URIAH HEEP will reunite with core members of the classic 1970s lineup, welcoming both Ken Hensley and Lee Kerslake to the Moscow Crocus’ iconic stage, to perform the band’s classic hits in a two-hour set.

Originally founded by guitarist Mick Box in 1969, URIAH HEEP is truly one of the pivotal classic acts that helped define the rock sound and an era. Part of the fabled “Big Four” alongside LED ZEPPELIN, BLACK SABBATH and DEEP PURPLE, the HEEP story still has a long way to go.

With classic songs like “July Morning”, “Lady In Black”, “Gypsy”, “Easy Livin'” and “Stealin'” full of ambition, sophisticated writing, memorable tunes and, of course, the vocals — the five-part harmonies were a clear influence on the operatics of QUEEN.

URIAH HEEP will be joined on stage on October 15 by Ken Hensley (Hammond, vocals, slide guitar) and Lee Kerslake (drums, vocals). Ken parted from URIAH HEEP in 1980 to continue his songwriting and solo career. Lee stayed with URIAH HEEP until 2007. 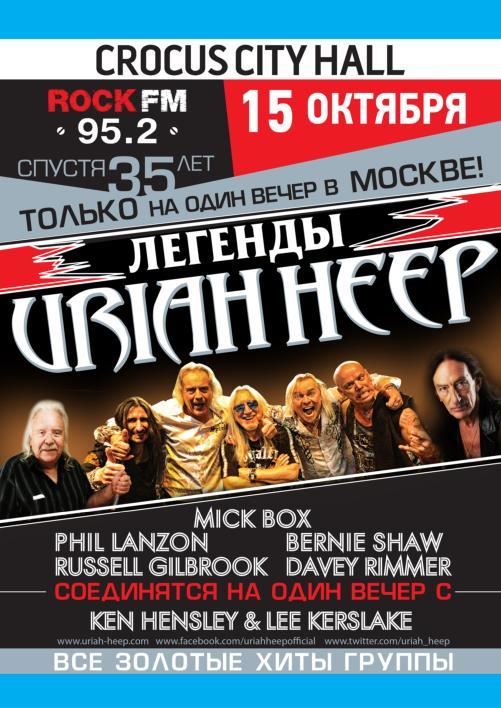