Bassist Paolo Gregoletto of Florida metallers TRIVIUM says that the band’s new drummer Alex Bent is “probably the best guy [they have] ever played with.”

Bent has played with BATTLECROSS and DECREPIT BIRTH in the past and has filled in for Gene Hoglan in TESTAMENT at a number of shows. He is also a member of TESTAMENT guitarist Eric Peterson‘s DRAGONLORD project, whose long-awaited third album, “Dominion”, is expected to arrive later this year.

Alex was recruited by TRIVIUM last November after the band fired its drummer of eleven months, Paul Wandtke.

During an interview with Uber Rock‘s Mark Ashby conducted Sunday (February 12) ahead of TRIVIUM‘s sold-out show at Belfast’s Limelight on the second night of their 2017 European tour, Gregoletto stated about the band’s latest addition: “As a player, he’s probably the best guy we’ve ever played with. Definitely not any hyperbole there. I mean, he’s a solid player. We knew him from other bands. He played with our friends in BATTLECROSS; he played on their last record. And he had worked with a friend of ours named Mark Lewis, who’s a great producer in Florida, a friend of ours. And he’s, like, ‘Hey, Alex is available. He would be a great fit for you guys.’ And Alex sent us a video, like, a day after that e-mail exchange between him and Matt [Heafy, TRIVIUM frontman]. He sent us ‘Rain’, sent us ‘Until The World Goes Cold’. [It was] flawless. And he came down [to Florida] a couple of weeks later and we played for three weeks, just to make sure this was gonna be a good fit to do this tour with us. And it’s been great. He’s a super-nice dude, and he’s really chill. Everyone seems to like him. I mean, last night [in Dublin] was unbelievable. It felt weird, because we only played our first show last night, and it felt like we’ve been playing together for a long time. So that’s a good thing, a good sign.”

Wandtke made his live debut with TRIVIUM in December 2015 at Knotfest in Mexico. A short time later, he appeared in an official promotional photo with the three core members of the band.

Paul joined the Florida outfit on the recommendation of DREAM THEATER‘s Mike Mangini and replaced Mat Madiro, who departed due to reasons of “creativity.”

Madiro was the featured drummer on TRIVIUM‘s latest album, “Silence In The Snow”, which was released in October 2015 via Roadrunner. 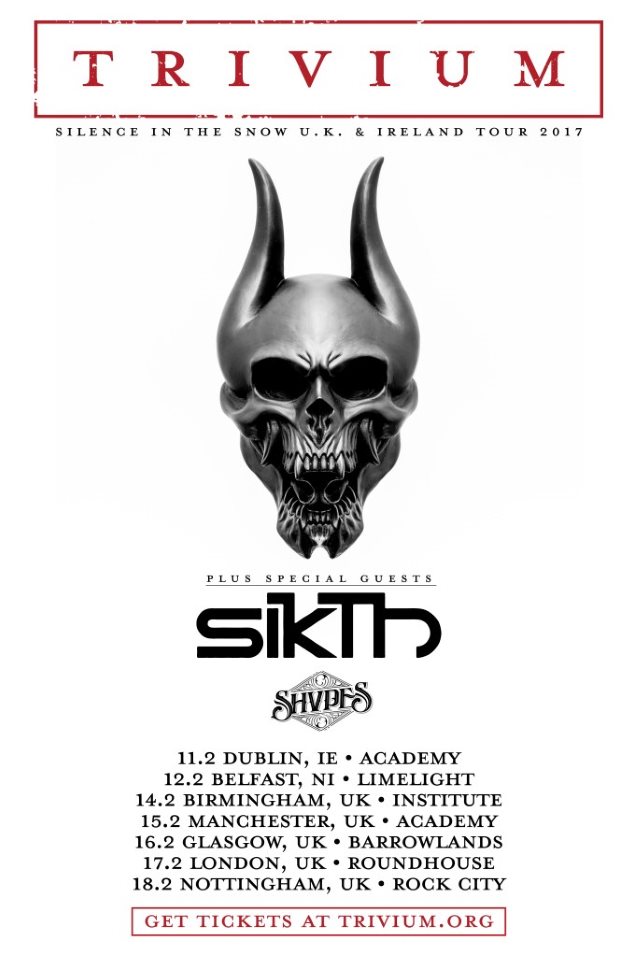