Building on the success of their last album, 2010’s “Coup De Grace”, hailed by both fans and critics as a masterpiece, TREAT has put together an album packed with reflective, soul-searching songs dressed in devilishly seductive yet hard-hitting melodic rock.

“This is where we are today, as a band, as musicians, songwriters and individuals. It’s a statement: this is us in 2016,” says TREAT‘s main songwriter and guitarist Anders Wikström.

“Ghost Of Graceland” was produced by longtime TREAT fan and respected writer/producer Peter Mansson and co-produced by Anders Wikström, showcases a band with a thirty-plus-year career, that are hungrier and more energetic than ever!

To achieve the organic, pure, bold, (somewhat) cocky, contemporary sound with melodies and choruses to die for that they were going for, the band took a step back. Wikström explains: “It’s a musical as well as a personal soul searching. We traced us back to our roots, the music and the heroes that got us dreaming back in the ’70s: KISS, VAN HALEN, SWEET, DEEP PURPLE and UFO. An era where music and musicianship really mattered and rock ‘n’ roll was a matter of life or death.” TREAT got in the time machine and retrieved all that restless energy. But “Ghost Of Graceland”, with all its delicious, action-packed and hook-laden melodic rock that could soundtrack a party, also sees a band that reflects on their personal lives.

“When we started working on this album and in need of a permanent replacement on bass, Pontus was the only guy we had in mind,” Wikström says. “He’s a good friend of ours and a fantastic musician and live performer. He and Jamie just blow the roof off together on this new album!”

“We’re doing what we love. We’re proudly flying the flag for hard and melodic rock. Honestly, this is a very, very good TREAT album,” adds Wikström. 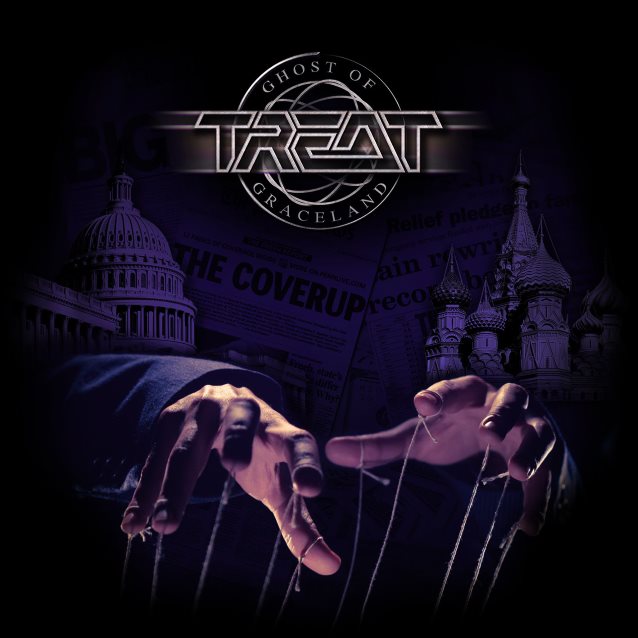