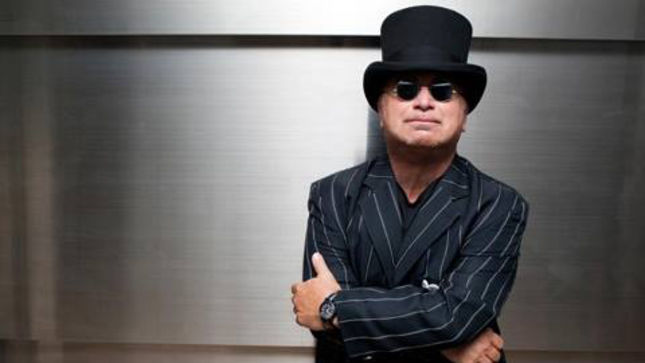 In a new interview with Greg Prato for Songfacts, Toto keyboardist/vocalist David Paich discusses the band’s 2015 album, Toto XIV (their first new full-length recording in nearly a full decade), and looks back at the early days of music video, songwriting. He also offers some advice for up-and-coming producers.

“We’re very excited about this new album, Paich says about Toto XIV. “There was a break because in 2006, when Falling in Between was released, we thought that might actually be our last album. And to our pleasant surprise, we still owed our record company one more album – you don’t know until you actually check. So we were all very excited about that, and got a chance to put the old gang from the old neighborhood back together.

That’s the other thing – it’s kind of the original gang, which was myself, Steve Lukather from the original band, Steve Porcaro from the original band, David Hungate who is playing on this record, and Joseph Williams, who grew up in the same neighborhood and joined us after Toto IV. So it’s got a lot of the core members of Toto, and we’re very excited about the fact that all the bros were making music together.

When you find out that you’ve got to do another record, you go, “Well, what do we do? Do we just put together a lot of odds and ends here that we haven’t already recorded?” We started pulling out our little pieces and everything, and realized that we wanted to get in and write an organic, homegrown Toto record from scratch and really make it count, put our hearts into it. And that’s exactly what we did.

It has similarities to the first album, to the fourth album, and to the seventh album in these core members are here, and were actually writing together specifically for Toto. I think it was really a tribute to our band, that has been together that long, to come together and put out such a cool album. I’m really proud of all these guys.”

Read the complete interview at this location.

Toto recently unveiled another new song called “Burn” from their upcoming album, Toto XIV, due out via Frontiers Music globally on March 20th, March 23rd in the UK and North America on March 24th.

Configurations include CD, with a deluxe edition available featuring a “making of” documentary on DVD, expanded booklet that includes an in depth story and interview about the new album alongside exclusive pictures in ecol-book packaging. Additionally Toto XIV will be available as a 2LP vinyl set, and a Super Deluxe limited edition which includes the Deluxe CD/DVD edition, 2LP vinyl, an exclusive poster, t-shirt (large size only), and lithograph. The album will be available via all digital retailers.

The new album is a realized vision three plus decades in the making exhibiting world-class musicianship, masterful arrangements, topical lyrical commentary, and melodies that the collective genius of Lukather, Paich, Porcaro, Williams and their assembled band-mates bring to life. Toto XIV is the band’s first album of new material since 2006’s Falling In Between. However, the band personally considers the new album to be the true follow-up to Toto IV, which made the band global superstars.

Keyboardist Steve Porcaro reveals, “This is opposite of going through the motions. We are treating this like it is Toto V, our follow-up to Toto IV. We just want to be the best version of ourselves that we can be. Be true to ourselves and make the best music we can. Entertain people which is what we were put on this Earth for.”

Keyboardist David Paich reflects, “I think of Toto as a unit and a band that carries a responsibility when it goes out there in to the public consciousness.  There is so much negativity and darkness that I think you have to be as Quincy Jones puts it, ‘beams of light that blast through the darkness’.”

As they began the process of a return the studio, all of the principle long-term members brought their A-game to the table. Guitarist Steve “Luke” Lukather offers, “When you put us in a room, and everybody brings in their pieces, the next thing you know it all fits together. Everybody’s performances are top notch. We are really bringing our best out, forcing ourselves to make personal best choices, what’s best for the music. I’m really excited to hear what people think.” Singer Joseph Williams adds, “We are talking about a band where everybody is a writer, and everybody is a lead singer, and everybody is a player. All involved brought this trio to the table where it could just live on its own.”

Founding bassist David Hungate returns to the fold, about whom Luke simply offers, “No one plays like David Hungate.” Drums were performed by Keith Carlock who’s commitments to Steely Dan prohibit him from participating in the 2015 World Tour. Shannon Forest will be behind the kit, who was a part of the band’s 2014 North American run. Luke offers, “Shannon is a world class drummer and we are honored to have him back with us.”

The band will hit the ground running with an extensive European headline arena tour with appearances at key festivals. The itinerary begins in Glasgow on May 21st, and takes Toto through the UK, France, Luxembourg, Netherlands, Denmark, Sweden, Norway, Germany, Switzerland, Austria, Poland, Hungary, Romania, Bulgaria, Serbia, Italy, and Belgium. Ticket sales came out of the box with strength, with some appearances selling out within days of on-sale. A North American tour will follow in the summer of 2015. The band is also in the planning stages for their return to Asia later this year.

Toto also continues to raise awareness for ALS, for their brother and friend, Mike Porcaro, who has been diagnosed with ALS, Lou Gehrig’s Disease. The band commits energies towards fundraising for Police and Fire Departments of California and the Fallen Heroes initiative, and help the United Nations in their humanitarian endeavors through music. 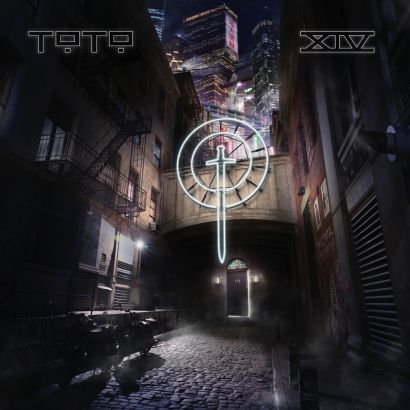 Long time Toto bassist Mike Porcaro passed away on March 15th after a long battle with Lou Gehrig’s Disease (amyotrophic lateral sclerosis or ALS). He was 59 years-old. Porcaro’s brother and Toto’s keyboardist Steve broke the new via Facebook with the following post:

“Our brother Mike passed away peacefully in his sleep at 12:04 AM last night at home surrounded by his family. Rest in peace, my brother.” 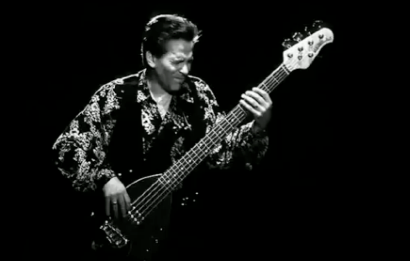 “My brother Mike Porcaro is now at peace. I will miss him more than I could ever put into words. My deepest love to the family. God Bless.”

Porcaro was a member of Toto from 1982 until 2007, when he was forced to stop performing because of the onset of Lou Gehrig’s Disease.

Go to this location for information on ALS.