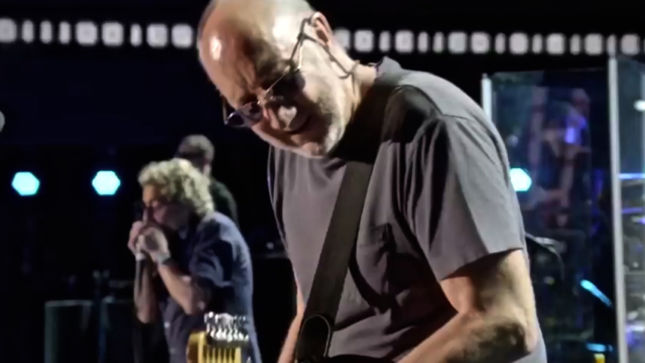 The Who Live In Hyde Park will be released on November 20th via Eagle Rock Entertainment. The formats are DVD+2CD set, Blu-ray+2CD set, DVD+3LP set and digital formats. The Deluxe Edition Blu-ray+DVD+2CD set will be out on December 4th.

Filmed on June 26th, 2015 as The Who celebrated their 50th anniversary, this stunning show with 65,000 fans in attendance at London’s famous Hyde Park is a triumphant return to their home city. This massive event formed a fitting culmination to The Who’s 50th anniversary celebrations and the set includes classics like “My Generation,” “Pinball Wizard,” “Baba O’Riley,” “Pictures Of Lily,” “I Can’t Explain,” “You Better You Bet,” “Who Are You,” “Won’t Get Fooled Again,” “Join Together,” “The Kids Are Alright,” “I Can See For Miles,” and many more. This grand scale concert, complete with huge screens surrounding the stage and an exceptional light show, holds true to Pete Townshend’s promise at the start of the set: “You’re a long way away…but we will reach you!”

“The Seeker,” an extra song from Hyde Park, is part of the bonus features on the DVD and Blu-ray sets, as well as the stage screen films used at recent shows: a film by the band for “The Kids Are Alright” and “You Better You Bet” (both with Hyde Park audio) and “Squeeze Box” (with the original studio audio). The lavish Deluxe Edition comes packaged with an exclusive 60 page hardback photobook containing the DVD, Blu-ray & 2CDs.

This Hyde Park show was a true one-off, a mass coming together to mark this momentous moment in the history of one of the true greats, a band whose music has already stood the tests of time and will always be with us. 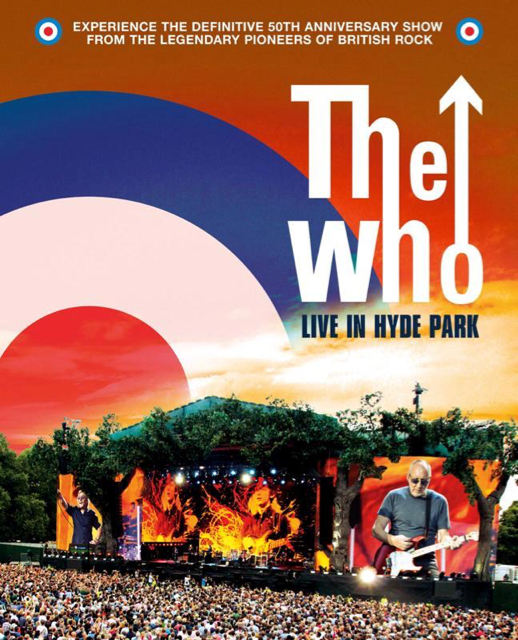 * included as bonus on DVD / Blu-ray