THE RESISTANCE, the Swedish extreme metal band featuring former and current members of IN FLAMES and THE HAUNTED, will release a new mini-album, “Torture Tactics”, on February 27 via earMUSIC. The effort is described in a press release as “30 minutes of a good old slap in the face. It jumps at you with its pure aggression, speedy and heavy guitars, the obvious heavy distortion and the extreme beats. Topped with the distinctive angry growling vocals of Marco Aro [also of THE HAUNTED] — who is literally screaming his lungs out — the brand new six songs are a boisterous statement.”

The official lyric video for the song “Dead” can be seen below.

THE RESISTANCE is currently in the studio working on its full-length sophomore album, to be released in April/May 2015.

The band released its debut EP, “Rise From Treason”, in North America on January 29, 2013 via earMUSIC. The EP was made available on CD, limited-edition seven-inch vinyl and as a digital download.

THE RESISTANCE made its live debut on October 8, 2011 at Club Distortion in Stockholm, Sweden.

Strömblad quit IN FLAMES in February 2010 in order to continue receiving treatment for his alcohol addiction. 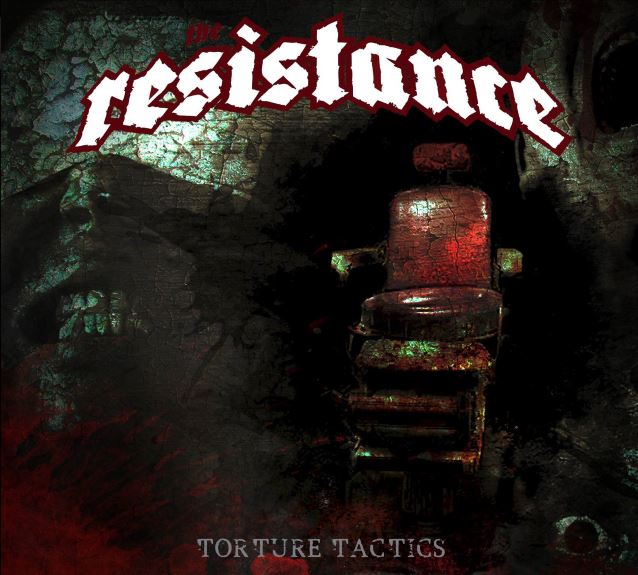