THE MAGPIE SALUTE, which brings together the reunited guitar team of Rich Robinson and Marc Ford from THE BLACK CROWES, bassist Sven Pipien (also from the CROWES) along with lead singer John Hogg (HOOKAH BROWN, MOKE), drummer Joe Magistro and guitarist Nico Bereciartua, will release a new three-song EP, “In Here”, on September 6 on digital formats worldwide, as well as on 140-gram black 10-inch vinyl (in the U.S. only). This EP precedes the full-length album “High Water II”, due out later this year, the follow-up to the band’s debut album, “High Water I”.

Produced entirely by founding member, guitarist and songwriter Rich Robinson, and recorded/mixed by Sean Genockey, “In Here” was initially recorded at Dark Horse Studio in Nashville simultaneously with the “High Water I” album in 2018. The band continued working on these songs, with additional sessions at Rockfield Studios in the U.K., after the completion of their 2018 European tour. The result is “In Here”, which delivers THE MAGPIE SALUTE‘s signature new American roots rock sound.

Opening with the Robinson-penned single “In Here” (the first single from “High Water II”, out now on all digital platforms), the EP includes the country-tinged “Lost Boy”, co-written by guitarist Marc Ford and Robinson, with contributions from special guest Alison Krauss, who supplied vocals and fiddle.

In addition to “In Here” and “Lost Boy”, which will both be included on “High Water II”, the band also recorded the EP-only track “Passenger”, written by Robinson and vocalist John Hogg.

Since forming in 2016 for their now acclaimed Woodstock show, THE MAGPIE SALUTE has garnered critical praise from Guitar World, Relix and Rolling Stone, which summed up their live set as “explosive.” Having toured with GOVT. MULE, THE AVETT BROTHERS and BLACKBERRY SMOKE throughout 2018, as well as successful shows in the U.S., Europe, and Japan, THE MAGPIE SALUTE has engaged fans worldwide. 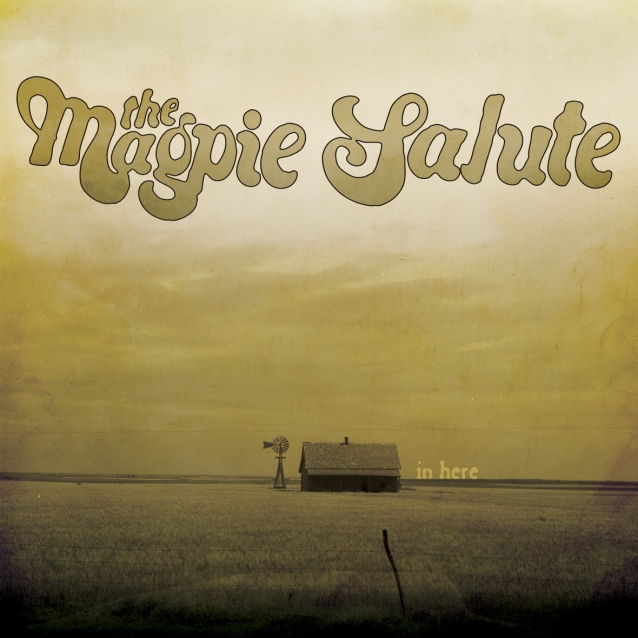