The music video for the track “Lights Out”, taken from “Party Monsters”, can be seen below.

Costello states: “For years we have felt like mad scientists, secretly working on our music hidden away from everyone else… and we are so excited to finally share our creation with the world!

“I genuinely love what we have made and cannot wait for you to hear it!

“We are two weirdos that hope we can call upon all the rest of the weirdos in the world to join in on our fun.”

Montgomery adds: “Finally it’s party time! We figure after a few years of building this Frankenstein in the garage, we should let it get out and walk around a little. Maybe someone will try to beat it up, maybe someone else will fall in love with it. Who knows? But it’s out there and it’s loose, and you never know where it will turn up!

“This record is a party for everyone else like us. The cover, the songtitles, the energy and the colors of this record are going to pull together an amazing cross section of people. It’s just everything we like and celebrate every day, but amped up to eleven! It’s got a kids-jumping-on-the-bed-while-the-parents-are-out-of-the-room feeling to it to me, which is kind of what this record was for us.”

Montgomery previously said that the “secret ingredient” behind THE HAXANS was “having two people that are on the same wavelength. You’re painting with the same colors. We’ve got the same color palette. We’re, like, ‘Purple?’ ‘You mean this purple?’ And we go, ‘Yeah, that’s exactly the purple [we were looking for].'” 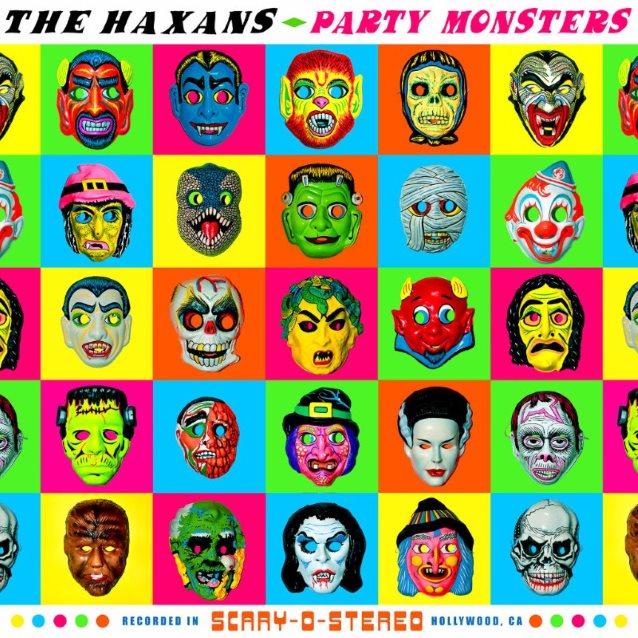