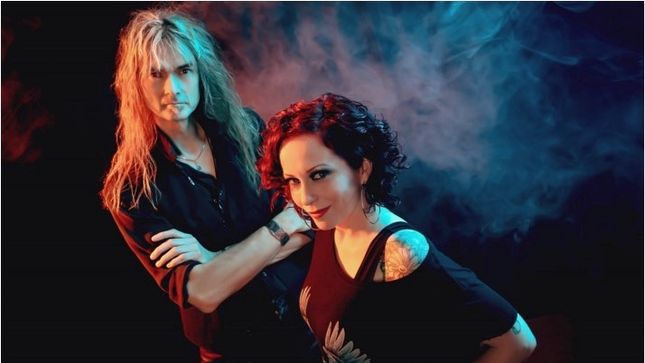 Arjen Lucassen (Ayreon, Star One, Guilt Machine) and Anneke van Giersbergen (The Gathering, Devin Townsend Project) will release the debut album, The Diary, from their new band The Gentle Storm, on March 24th. They have now released a video for the new song “Heart Of Amsterdam”.

Anneke: “The song is a tribute to the city of Amsterdam, the home town of the story’s leading character Susanne. Seventeenth-century Amsterdam was a centre of shipping, shipbuilding, and trade. Amsterdam flourished, and a wonderful city was the result. We shot the video in the centre of Amsterdam. It was freezing cold and I couldn’t move my fingers anymore during the last shots, but it was all worth it. I love how the video turned out!”

Anneke will take The Gentle Storm on the road, backed by well known Dutch talents. Arjen, however, will not be part of the live production with the exception of the album release show in Amsterdam, March 26th. Dates are as follows:

More dates to be announced soon.

The Gentle Storm live is: