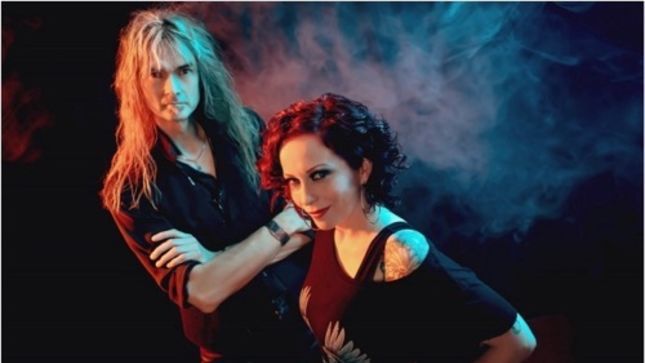 Arjen Lucassen (Ayreon, Star One, Guilt Machine) and Anneke van Giersbergen (The Gathering, Devin Townsend Project) released their debut album, The Diary, from their new band The Gentle Storm, on March 24th. In a series of videos from InsideOutMusicTV they discuss the beginning of The Diary, live shows, and influences of the album.

The new video for “Shores Of India” (Storm Version) can be seen below:

The Diary is also now available to order in several different configurations, including a very limited white shirt + 2CD digipak, another shirt design + 2CD digipak, and the stand-alone double digi. All can be ordered here. 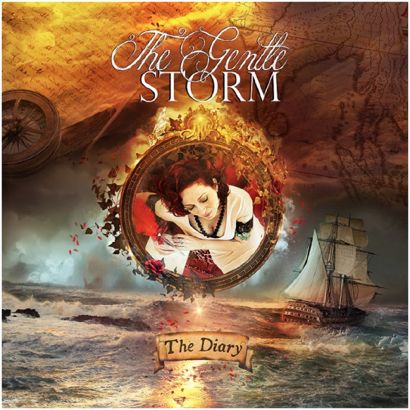 The album concept is a tale of love, loss, and separation told through the story of two fictional seventeenth-century lovers. A Dutch sailor embarks on a two-year voyage, leaving his wife at home in Holland. The only way for the couple to communicate and keep their love alive during the long separation is through letters. These letters form the basis for the songs on the album.

The Gentle Storm recently checked in with the following update:

“We’ve just received our first shipment of the new album on CD and vinyl, together with the artbooks and T-shirts. In this little video Arjen shows you what we have to offer. I can tell you it looks amaaaazing, it really does!”

The Gentle Storm recently released a video for the new song “Heart Of Amsterdam”. Due to an ongoing dispute between YouTube and the GEMA – a performance rights organization – some fans in Germany are unable to watch the video. The full length clip can be viewed by German fans and everyone else via this link to Muzu.tv. It will begin playing automatically.

Anneke: “The song is a tribute to the city of Amsterdam, the home town of the story’s leading character Susanne. Seventeenth-century Amsterdam was a centre of shipping, shipbuilding, and trade. Amsterdam flourished, and a wonderful city was the result. We shot the video in the centre of Amsterdam. It was freezing cold and I couldn’t move my fingers anymore during the last shots, but it was all worth it. I love how the video turned out!”