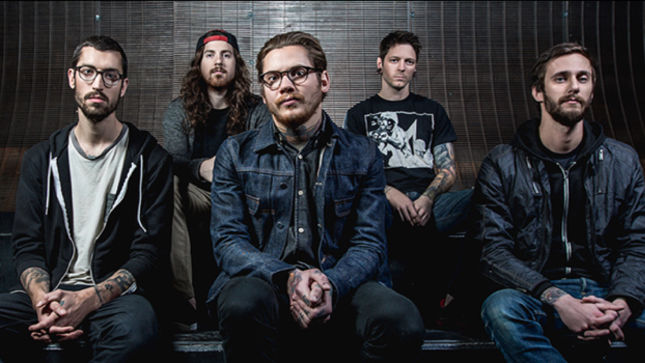 The Devil Wears Prada have announced their return to Rise Records and their next release, a conceptual EP entitled Space, coming in summer 2015.

The band’s Zombie 5 Tour, celebrating the fifth anniversary of the acclaimed EP, Zombie, kicked off in Nashville this past Sunday night and and will criss-cross the country through mid May, wrapping in Bloomington, IL on May 14th. The band is performing the Zombie EP in its entirety for the first time, as well as a new song from the forthcoming Space EP, among many other fan favourites.

Commenting on their return to Rise Records, vocalist Mike Hranica noted, “We’re all very confident in working with Rise again. The label has grown tremendously since our first release back in 2006, nonetheless we know their intention is still the same as ever and we know it’s a model that will compliment us well. We’re persistently hands-on and love to do exactly as we please, and they’re a great place for us to be able to continue that path while supporting our visions. Rise can be commended, deservedly, for their wholehearted drive at releasing albums they believe in; and it’s that enthusiasm that is both welcoming and exciting for our band moving forward.”

The Space EP marks the band’s first concept release since Zombie and the first on Rise Records since their sophomore release, Plagues, in 2007. Zombie debuted at #11 on the Billboard Top 200 Album Charts in the summer of 2010.

Find the band’s live itinerary at this location.