THE DARK ELEMENT, the project featuring former NIGHTWISH vocalist Anette Olzon and Finnish guitarist and songwriter Jani Liimatainen, will release its second album, “Songs The Night Sings”, on November 8 via Frontiers Music Srl. The follow-up to 2017’s “The Dark Element” was mixed by Jacob Hansen, who has previously worked with VOLBEAT and AMARANTHE, among others.

Joining Olzon and Liimatainen in THE DARK ELEMENT‘s current recording lineup are Jonas Kuhlberg on bass and Rolf Pilve on drums.

This past May, Olzon announced the completion of THE DARK ELEMENT‘s second album, writing on Instagram: “It’s with great joy and pride me and Jani today celebrate that our new album is all ready. Master came today and it sounds amazing. Now I just long for you all to hear it. Kiitoksia ystävä @janiliimatainen for giving me such songs to sing — I loved every single note I sang on the album. And Kiitos to @jonaskuhlberg @rolfpilve who play incredible on the album. And to @hansen_jacob for the hard work with the mixing. And of course a big thanks to @frontiersmusicsrl for standing by us in our music endeavors.”

Last fall, Liimatainen stated about the musical direction of the new THE DARK ELEMENT material: “I think the album picks up where the last album left off. It’s very heavy, but still hyper melodic, and this time we are even exploring new musical territories we didn’t on the previous album. Now that me and Anette have one album together under our belts, we have found the style we want to pursue and also the ideal way of working together. Given all this, I think it’s safe to say that with the next album you’ll get even more of what made the first album so good, only it’s gonna be bigger, better and bolder!”

Anette is widely known for being the immaculate voice on the hit albums from NIGHTWISH, “Dark Passion Play” and “Imaginareum”. Jani has been busy in CAIN’S OFFERING alongside STRATOVARIUS singer Timo Kotipelto, but left a deep mark on the minds of all power metal fans thanks to his time in SONATA ARCTICA.

THE DARK ELEMENT made its live debut in June 2018 at the Sweden Rock Festival in Sölvesborg, Sweden. The band also completed a short Japanese tour and performed at the Frontiers Rock Sweden festival in October at Fryshuset Klubben in Stockholm. 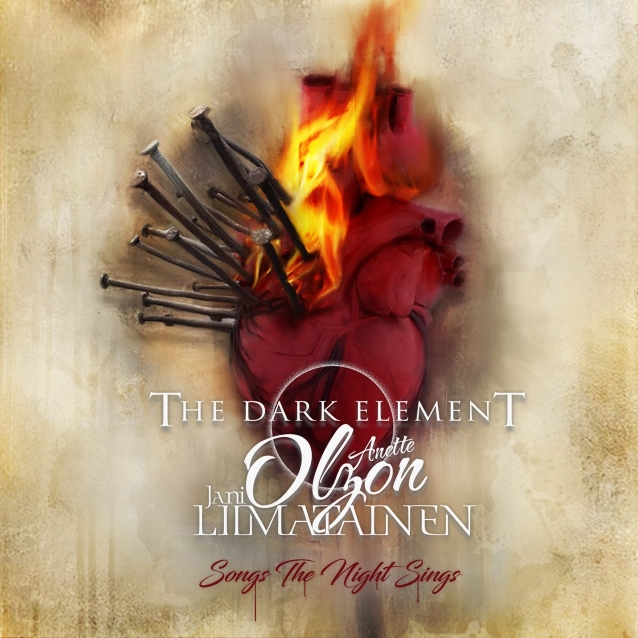