On August 26, California rockers TESLA will release “Mechanical Resonance Live!”, a live recording of their classic album, celebrating the original multi-platinum record’s 30th birthday in style. With a few surprises up their sleeve, including the single “Save That Goodness” written and produced by Phil Collen of DEF LEPPARD, the effort will be made available via Tesla Electric Company Recordings/Mailboat. The record is being released in conjunction with TESLA‘s summer tour opening up for DEF LEPPARD, where they will perform in front of over half a million fans.

Said TESLA guitarist Frank Hannon: “30 years later and the songs on our first album still rock! Making this new live album of ‘Mechanical Resonance’ was a reminder of the innocence and creative beginnings of TESLA.”

Added TESLA bassist Brian Wheat: “It was a lot of fun to re-visit some of the songs we hadn’t played in decades and had a great time recording it. ”

The 21st century has become something of a renaissance for TESLA. Most recently, 2014’s “Simplicity” bowed at #14 on The Billboard 200. The group ignited ABC‘s “Jimmy Kimmel Live!” in addition to scorching stages at festivals such as Rocklahoma, Graspop Metal Meeting and Sweden Rock Festival as well as the cruise Monsters Of Rock. As they prepare to cut their ninth full-length album with Phil Collen in the producer’s chair, TESLA takes another monumental leap forward as they glance back on “Mechanical Resonance Live!” 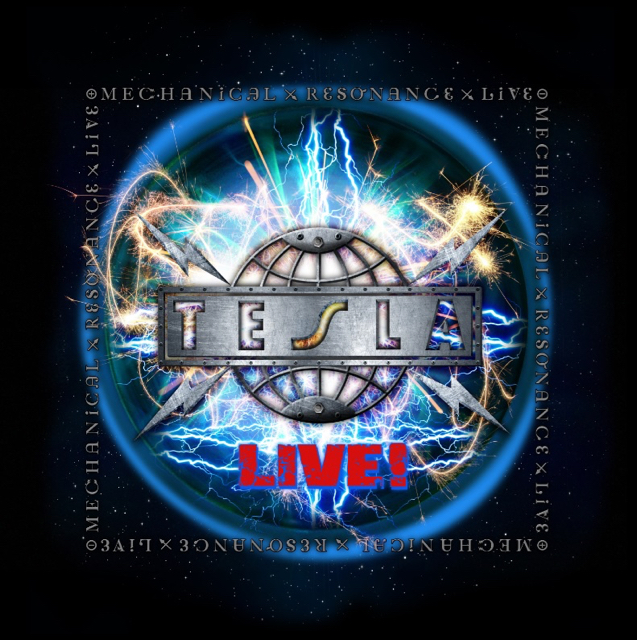