Recorded at Signaturetone Studios and mastered by Adam Tucker (THOU, FALSE), “Messengers Of Deception” expands on TAU CROSS‘s trademark dark, infectious, guitar-driven epics across its 54 esoteric minutes. Album rippers like “Burn With Me”, “The Sidhe” and the driving title track see TAU CROSS dissect stories passed down through thousand years of manipulation. Topics range from Gnostic Cosmology, Elizabethan and Neoplatonic magic, the Ultraterrestrial Hypothesis as outlined through the works of Jacques Vallee and John Keel, and more. TAU CROSS synthesizes these ideas and distills them into a dark, turbulent, sonic odyssey, questioning the means through which our existence is manipulated by outsiders.

In advance of the album’s release, TAU CROSS issues the first preview of the record, noting “‘Burn With Me’ was written as a reminder of the sacred path of the Heretic, in the age of the new Puritans.”

View TAU CROSS‘s “Burn With Me” music video below.

“Messengers Of Deception” will be available on CD, 2xLP, and digital formats. Physical packages are available for preorder via Relapse.com. 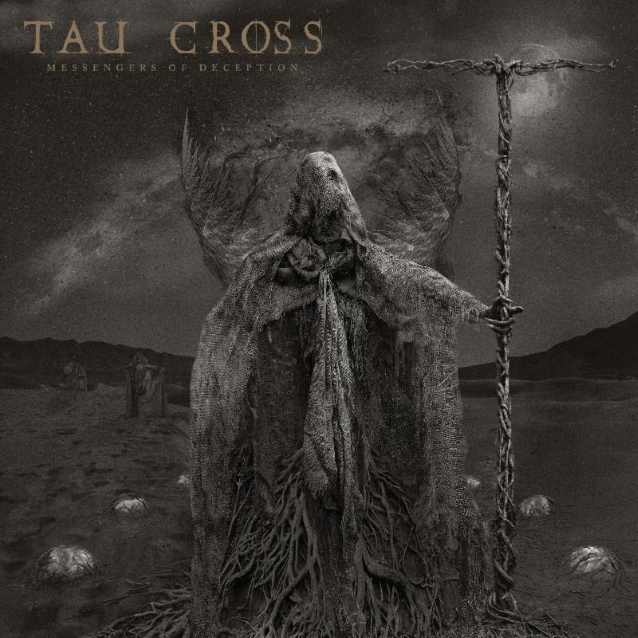