Says Sweet: “I’m blessed and honored to be a part of what many are calling the most anticipated rock release of 2017! SWEET & LYNCH is back! Are you ready? Man, we are!”

Michael previously said that SWEET & LYNCH was formed when Frontiers president Serafino Perugino approached him “to sing and write for what [Serafino] was referring to as a ‘supergroup’ project — (one of the first) that Frontiers would be putting together and releasing. I was, of course, not only intrigued by the idea but also humbled that he would ask me! Jon Levin [DOKKEN] was suggested as the possible guitarist and I suggested to Serafino getting the man himself, Mr. Scary [George Lynch] involved. Serafino was, of course, excited about the idea. Frontiers has told me how happy they are with my production on the new STRYPER albums, so I immediately suggested producing as well. Serafino also agreed. I contacted George [as soon as possible] and he quickly agreed to be a part of this exciting project. It was decided that he and I would co-write everything together and that I would produce.”

Sweet, who is a devout Christian, also talked about his working relationship with George, who considers himself to be a freethinker/atheist.

“You may ask how does an atheist and a Christian work together in a band situation? The answer is respect. Although I don’t agree with George‘s spiritual/religious views (and he doesn’t agree with mine, assumedly), we respect each other as musicians, friends and human beings.

“I’m free to do many things with the hope that maybe, just maybe, my life might have a profound effect on people I come in contact with.

“I’ve spoken with George many times over and he always strikes me as a genuine soul and someone who cares for and loves people. Bottom line? He’s a great guy and I’m proud to be a part of this with George.

“Although we don’t see eye to eye in our beliefs, we respect each other enough to not let that come between us.”

Lynch concurred, telling Antihero Magazine: “There could potentially be a conflict there between Michael and I, and we’ve talked about that. I’m sort of a freethinking atheist, and he’s a born-again Christian. I’ve been through that in my life; I was a born-again Christian at one point. I was the guy knocking on your door handing out tracks. I played in a Pentecostal charismatic band that did revivals… tent revivals in black neighborhoods in South Central L.A. — yeah, all kinds of stuff. I definitely have something to say about all that, but I don’t know how effective I am at it. I’m not RAGE AGAINST THE MACHINE. I wish I was.”

SWEET & LYNCH‘s debut album, “Only To Rise”, was released in January 2015 via Frontiers Music Srl. 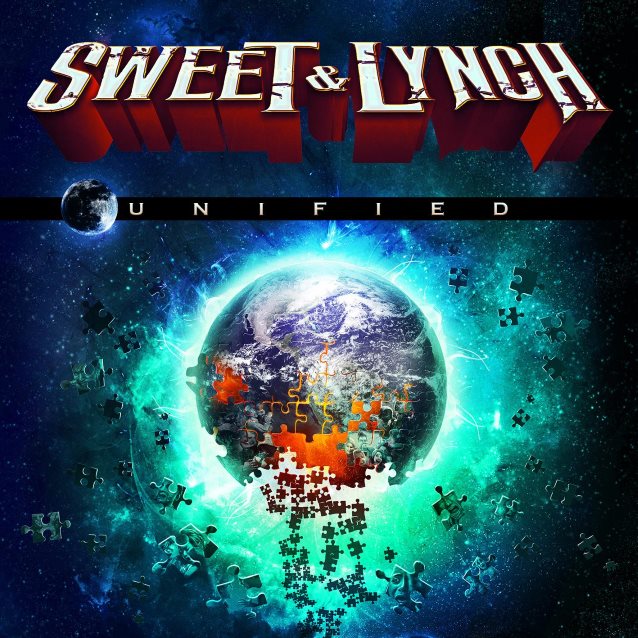