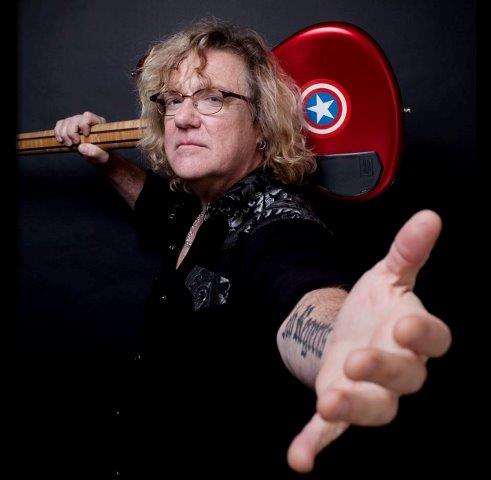 Having stunned audiences across the world with his innovative playing, Stu Hamm has made a name as the go-to bass player for the world’s great musicians. Time spent playing with Steve Vai and Joe Satriani has cemented his place among the greats and gave Hamm the platform to display his pioneering bass techniques to adoring crowds worldwide. Now, promoting the release of his newest solo album, The Book Of Lies, Hamm takes to the road with new music and will also debut his petite suite for solo bass.

A gut rumbling mix of new and old hits, mixed with Hamm’s trademark humor, make for a unique show like no other. Before he joins his band, Hamm will perform four solo dates in Utah, Colorado and Missouri. The Band Tour will begin on December 4th in Dayton, OH; winding its way east through Indiana, Chicago and Cleveland before hitting the west coast with shows in Seattle, Oregon and several Northern & Southern California shows, ending at the infamous Baked Potato in LA. Joining Stu in The Stu Hamm Band are Alex Skolnick (Testament) on guitar and Joel Taylor (Allan Holdsworth, Al DiMeola) on drums.

The breadth of Hamm’s range is legendary and is what is at the heart of The Book Of Lies. The title track introduces a fine style, complete with a subtle blues bass-line, later evolving into a funk jam with horns and guitar. “Back To Shabalalla” owes a debt to the loping, infectious rhythms of Afrobeat, while “Etude” is a classical piece of the type that made Hamm famous. The amazing final piece, a seven-minute epic titled “L.S.D.” ranges from a Beatles homage to a fully-leaded bass shredfest.